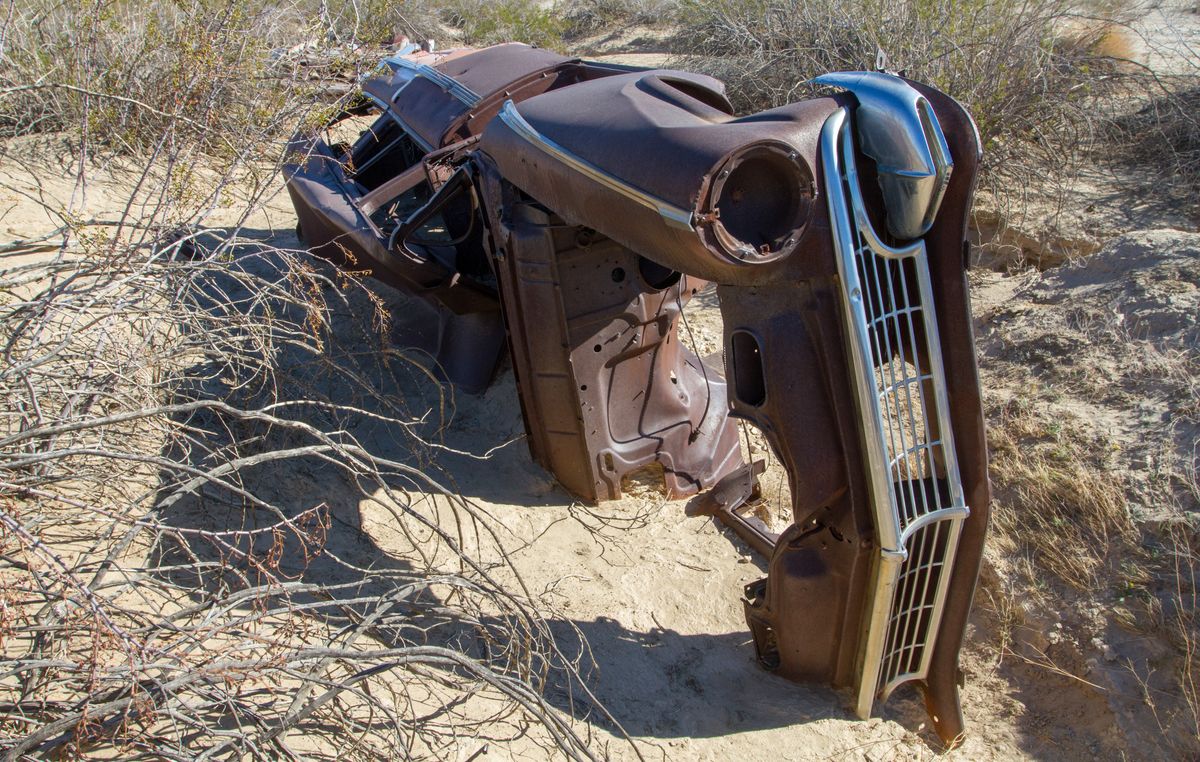 I heard there were a few wrecked cars out in the wide expanse of the Pinto Basin but I didn’t know how many or what to expect or even if they were really there. In 2015, I decided to start up a trip to chase them down.

Even though I knew what I was looking for, finding so many junked cars out in the middle of nowhere was still a fun surprise. Why the heck are they out here? And all of them have had their engines and drive trains removed. Most of them appear to be 1950s Fords and at least one is a Cadillac.

The “Car Wash” site is associated with the small mining operation of Gold Rose. A man by the name of Dale Holmes had a crew of men working out here in 1949. The flotation mill consisted of a Blake crusher, Wheeler ball mill, amalgamation jig, plates, a cone tank, and two settling tanks.

The NPS removed the mill building in the 1970s. But why would miners bring out a bunch of junked cars out here? One idea is that they were being rounded up for scrap but the answer to that question will probably remain a mystery.

These days, the site is a neat spot to roam around and take some photos. Please leave everything here. It is illegal to remove any historical artifacts from a National Park, including these old cars.