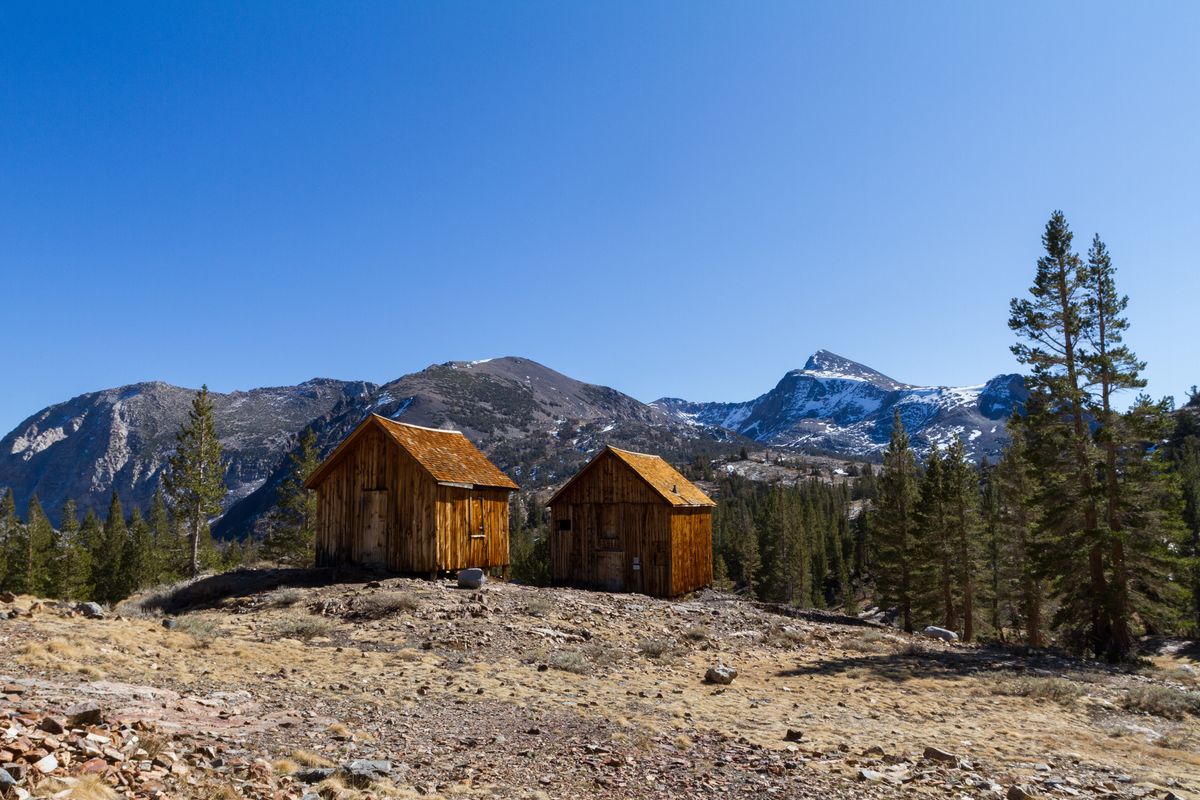 Bennettville (once called Tioga) was a small mine camp that had that typical ghost town story of boom and bust of a big strike that never panned out.

Part of the Tioga Mining District, Bennettville was built to support one mine, the Great Sierra, and its famed Sheepherder lode. They believed a rich silver vein went from the top of Tioga Hill, next to Dana, deep into the mountain. The Great Sierra Tunnel would be driven into the mountain to intercept the vein at a lower level.

On a prospecting trip, the vein was discovered in 1860 by a dentist, George Chase, and Joshua Clayton. They were very excited about this discovery and quickly put up some claims on the ledge. Unfortunately, there was a rich strike at Aurora shortly after their find and they went there to make their fortunes.

The claim lay idle until William Brusky Jr., a boy from Sonora, re-discovered the vein in 1874 while sheepherding in the area. And it wasn’t until 1878 that he finally staked claims on the mine. The Great Sierra Consolidated Silver Company purchased all of them in 1881.

Drilling equipment and supplies for the mine were first brought in on a mule trail over the crest of the Sierras at Dore Pass from Lundy. Not an easy task! In 1883, The Great Sierra Cons. decided a road was needed and built the 56-mile Great Sierra Wagon Road. The monumental road-building effort only took five months to complete at a cost of $61,000. It became the Tioga Pass road of today.

Bennettville was and still is a very isolated place. However, the miners had communication with the outside world. They had mail service, which made the post office in Bennettville the highest elevation post office in California at the time. Mail was delivered by trail over the crest of the Sierra to Lundy rain or shine, snow storms and all, which is quite an achievement even today. And, as if mail service wasn’t enough, they had telephone service too. An improbable telephone line was strung from Bennettville down to Lundy. It crossed the Sierra crest along the Mount Warren Divide. It was the highest in the world at the time. Remnants of the pole line can still be found on the high slopes.

Most of the buildings and equipment used to drive the Great Sierra Tunnel are gone. A few pieces of equipment remain at the mine portal. The Forest Service has recently stabilized the two remaining cabins. More than a dozen buildings were here at one time.

Bennettville and the Great Sierra Tunnel sit on the Saddlebag Lake roof pendant. These Paleozoic rocks are among the oldest rocks in the Sierras. Pushed up and metamorphized by the Cretaceous granite batholith intruding from below.

The Great Sierra Tunnel never did intercept that rich silver ore body. Driven as a 1,784 ft crosscut adit, they found no ore. Perhaps a fault offsets the ore body by just a few feet? Maybe the rich Sheepherder ore pitched out near the top of the mountain? We may never know. By 1887, it was all over, without a single dollar in profit.

There really are riches under Tioga Hill though. The USGS reports that there are more than 600,000 ounces of silver still in the veins of the Sheepherder lode. Regardless of the Great Sierra mine’s fate and failed dreams. Bennettville is a beautiful and relatively easy place to visit today.