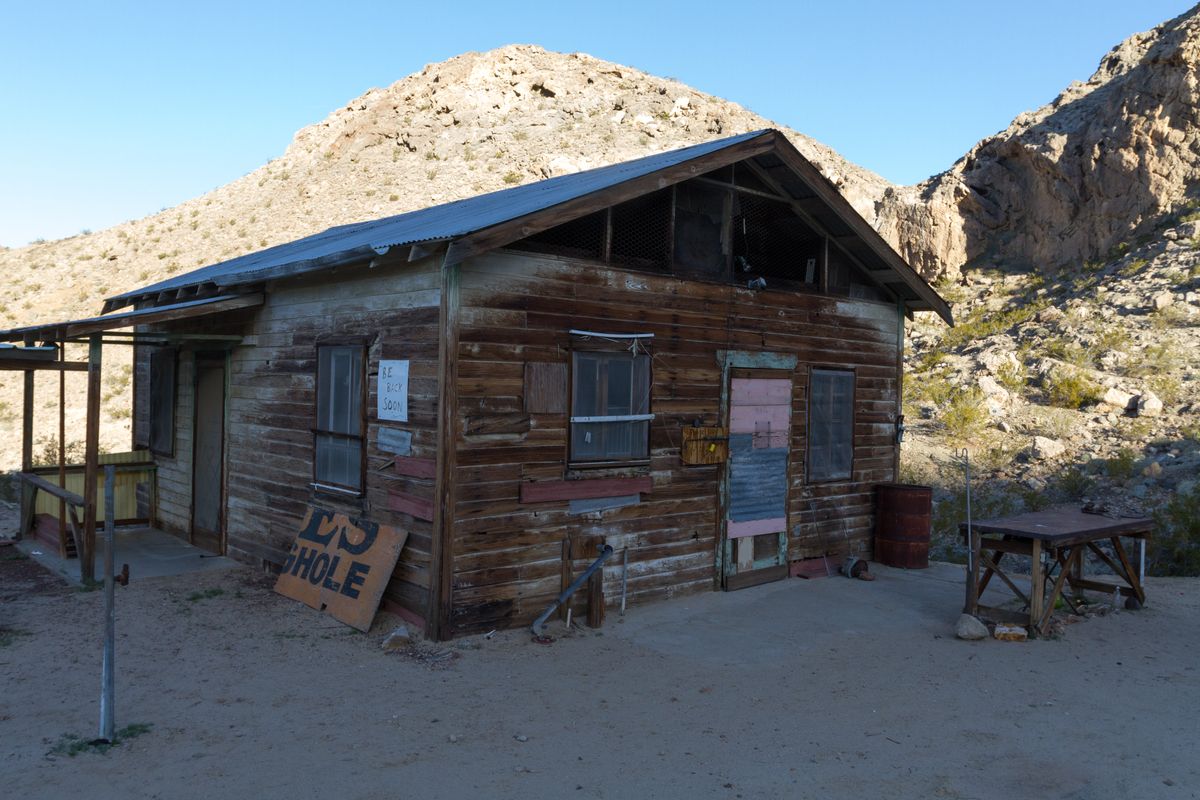 While heading out on a trip to Nevada, we rendezvoused for a quick exploration of the Brannigan Mine, also known as the Oro Fino. The mine is in the Old Dad Mountains of the Mojave Preserve. These days, the mines are closed by iron bat-gates. The cabins, however, have been repaired by volunteers and are in good shape.

"Pilgrims in the Desert" by Le Hayes gives some history of the mine:

"Gold was discovered south of Seventeen Mile Point at the Oro Fino Mine in the 1890s and at what became known as the Brannigan Mine in 1905. By 1909, another group of claims nearby was being worked by the Precious Metals Development Company of Los Angeles. These claims later came to be known collectively as the Whitney Mine. A mill to refine the ore was set up and running at the camp at Seventeen Mile Point by February 1911. Water for the mill was reportedly piped in from Indian Springs some 4 miles away.

Apparently, from a notebook in one of the cabins, the Herrod family lived and used the place into the 1970s.

As you can see from my photos below, the place is being fixed up as an "Adopt-a-Cabin". If you come to visit, please use Backcountry Cabin Etiquette; Respect and enjoy.