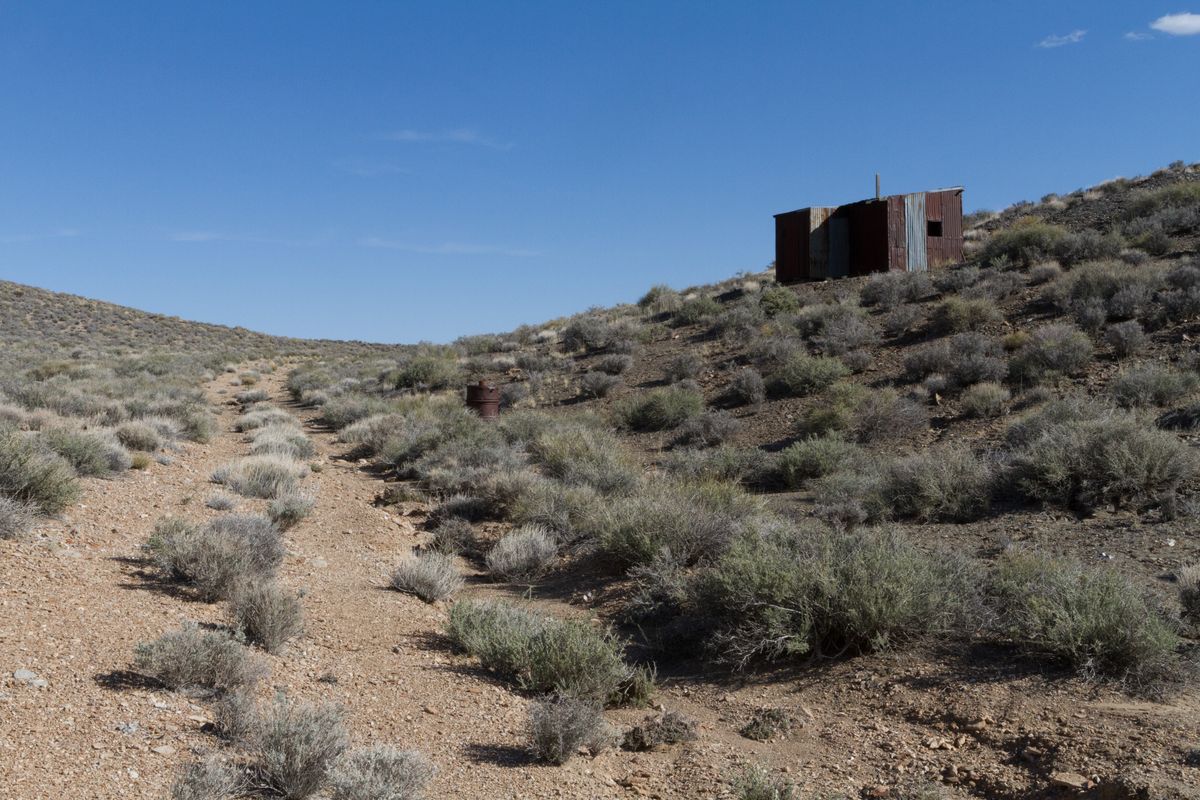 Back on a cool April day in 2013, Dan and I hiked out to a little cabin ruin out near Harrisburg Flat in the Death Valley backcountry. Harrisburg Flat is on the way to the old townsite of Skidoo. These days nothing much remains of that town, or its former rival, Harrisburg, but the Skidoo Stamp Mill is worth a visit.

Besides Harrisburg, the flat also had a collection of old prospector’s cabins scattered about the sagebrush-covered hills. Fierce desert winds have blown down most of these old cabins and thoughtless vandals destroyed what the wind couldn’t. When we discovered there was a cabin still standing out there, we were interested in seeing what, if anything, would still be there.

After a short hike along an old (and closed) two-track road and some cross-country walking through the dry sagebrush, we saw a little tin cabin.

It was a let-down. Nothing was left inside. Only the empty shell of what once was some lonely prospector’s tiny house. We looked around the site. A strange 55-gallon drum, that appears to have been turned into a furnace, sits out front. Around back, a concrete foundation remains from supporting some piece of machinery. I suspect an engine or jaw crusher once sat here with an ore chute probably feeding into it. I couldn’t find any trace of a mill though.

After exploring the cabin, we walked over to a broad overlook. The view of Death Valley, 5,000 feet below, was fantastic.