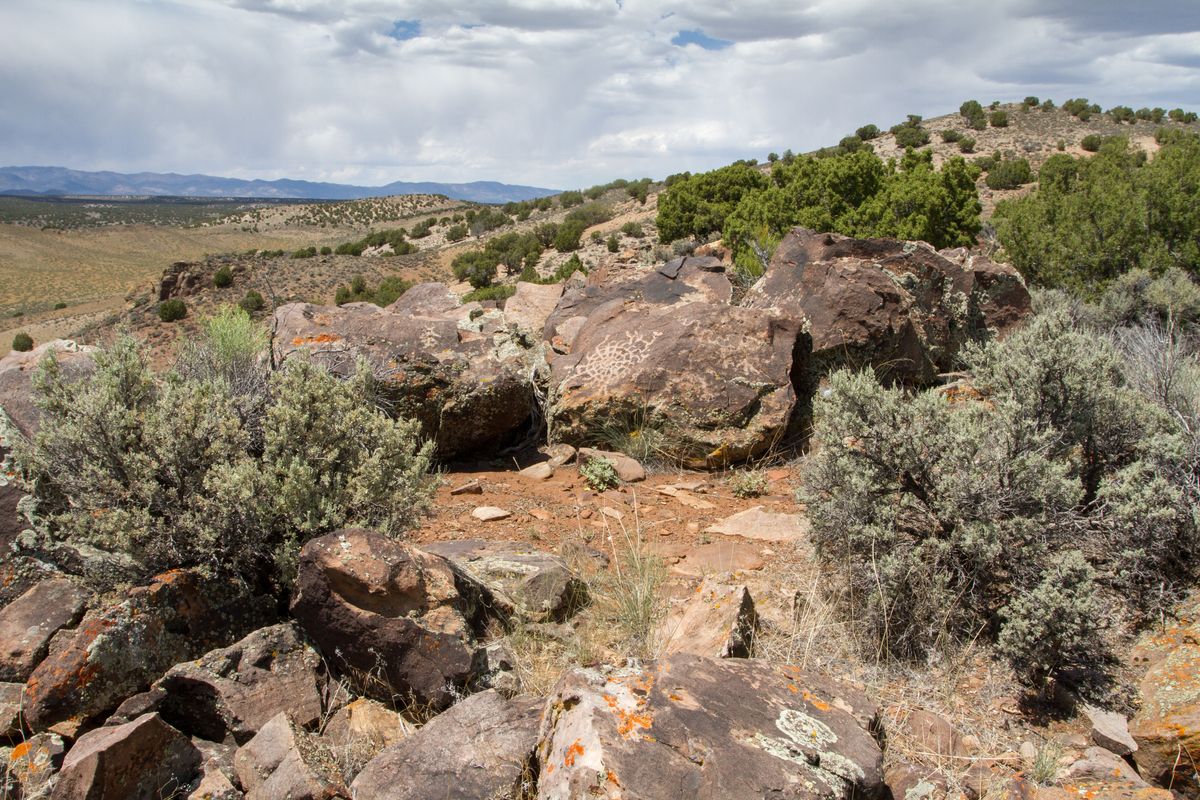 In the summer of 2015, we visited a pair of petroglyph sites out in central Nevada collectively called Honeymoon Hill. They are close together on nearby hills and have fantastic views of the areas they overlook, which is probably why people were here; hunting and keeping watch over the surrounding terrain.

I’m not entirely sure why the site is called Honeymoon Hill, but I suspect it is because there are quite a few Desert Archaic style male and female figures on the desert varnished rocks. The archaeologist who recorded the site probably coined the amusing name.

Covered in Pinyon Pine and Juniper trees, these hills are pleasant to roam around and explore. Please respect the site, as always. Leave it better than you found it.