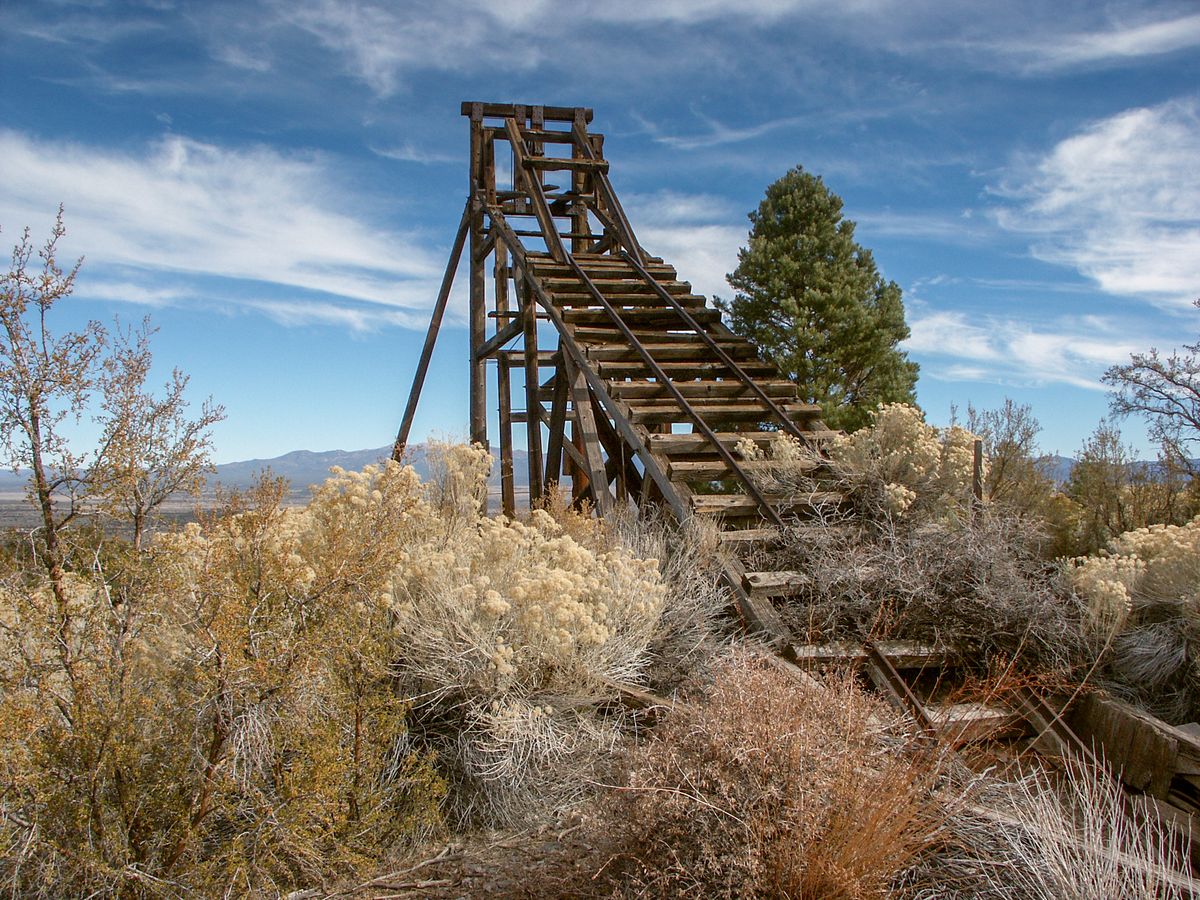 This mine was worked as early as the 1880s and produced $2.5M dollars before 1906. It continued to be active until 1959. That is a long time and total production could be as high as $10M but some of the recorded production is lost to history. That’s a lot of money over its lifespan.

The headframe has fallen.