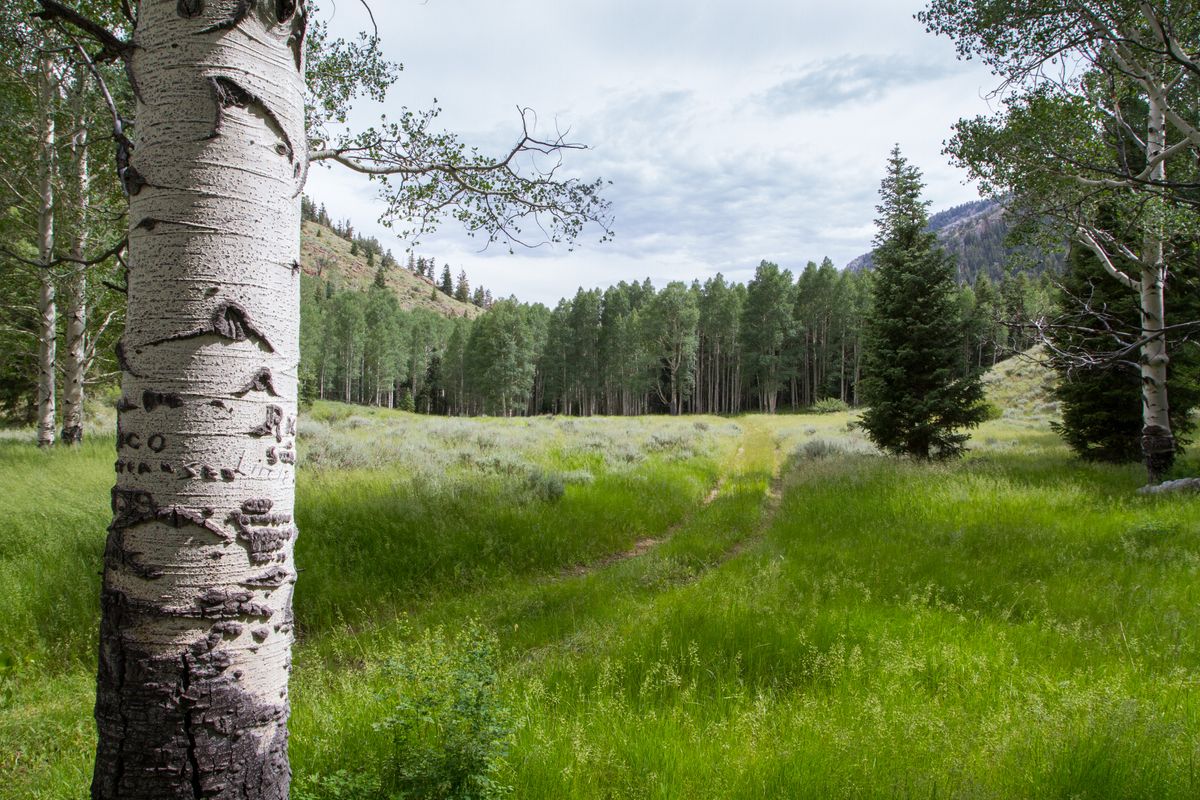 Most of the historical relics I find on my hikes are from the booming mining industries of the early 1900s which dominated the Nevada landscape but there were other activities going on at the time. Ranching was just as important as mining to the early settlers and sheepherding was a part of that effort. Basque sheepherders from the Pyrenees mountains between France and Spain came to Nevada during this time and found good pasture.

During the long summers watching the sheep, they left their signatures and thoughts in the soft bark of aspen trees. Aspens generally have an average lifespan of 70 to 100 years, so these arborglyphs will soon be gone forever.

One of the names I found repeatedly here is of the Basque sheepherder Jean (aka John) Goyhenetche. I wonder if the canyon was named for him.