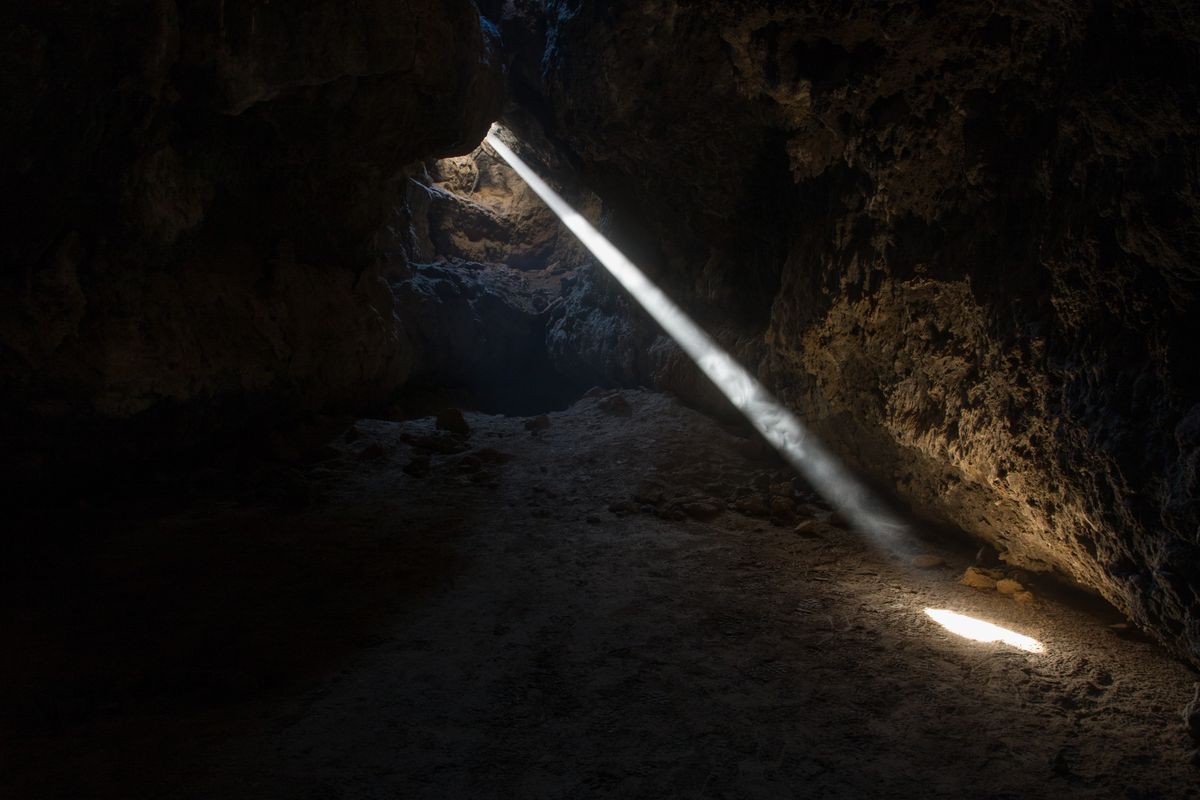 Out in the volcanic cinder cones, a few miles east of Baker in the Mojave National Preserve, and hidden among fields of broken basalt and cinder, is the Mojave Lava Tube.  Over the course of the last seven million years (during the Pleistocene and Pliocene epochs) and perhaps as recently as 10,000 years ago, basalt lava flowed in multiple eruptive events from cinder cones here.

As the lava poured out of the vents, the crust on the flow hardened, while inside some parts remained liquid. When the eruption came to a stop, the stream of lava feeding a more distant part of the flow also stopped. This enclosed stream emptied out and formed a lava tube. Some tubes can be miles long and others, like this one, only a hundred feet or so. They also can be great fun to explore. Geologists think this one was created during the first magma eruption of the cinder cone just off to the east. All of this volcanic activity would have been quite a sight to behold. The Park Service has some great info on all of this.

We’ve been to this lava tube many times over the years, but on this particular visit we were trying to get some nice photographs of sunlight coming in from the skylights. The best time is in the late afternoon.

The Mojave lava tube is relatively easy to find (although you don’t see it until you are right up on it). The NPS has installed a brand new steel staircase descending down into the collapsed portion making it a bit easier to climb down in. Walking in the tube is pretty simple too as the floor is covered in fine silt washed in from many rainstorms over the years.

Once inside, the first room is small and dark (bring a flashlight), but it quickly gives way to the main room. This room has a couple of nice skylights and at the right time of day (and season) can be quite photogenic. Rays of sunlight pierce the darkness and can give off an otherworldly glow.

There are not many lava tubes in Southern California and this one is the most well-known of them. It is a fun place to visit on a cool day.