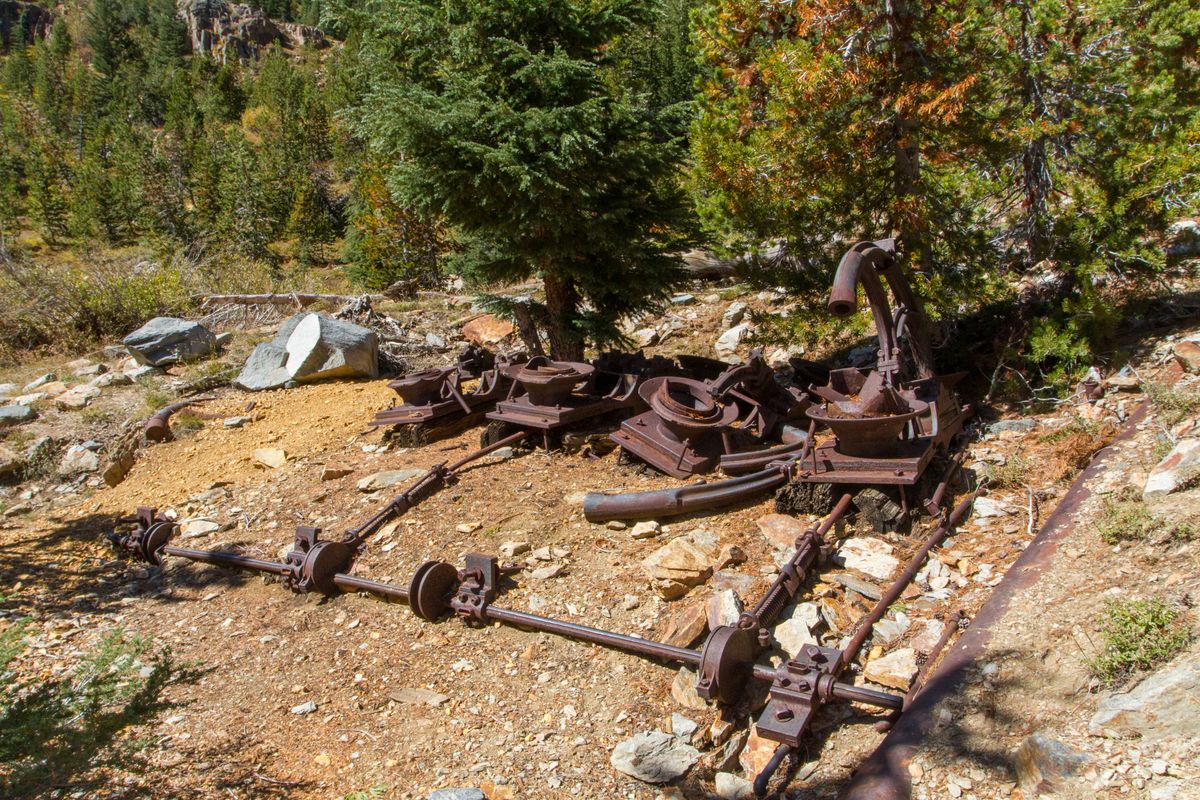 Late autumn of 2017 found us tracking down a very unusual stamp mill high in the Sierra Nevada mountains of California. The mill was a unique hammer design called a Pratt Ideal Stamp Mill. Very few of these mills were ever put into use and even fewer (if any!) still exist in the wild, so we were very interested in finding it.

A smaller version of the mill was first installed here in 1899 and a year later, in September of 1900, the Par Value and Arnot Mining and Milling Company erected this Ideal Stamp Mill with eight stamps. That winter, an avalanche destroyed the mill, and the mining company abandoned the project.

Many years later, a hermit of a prospector named Edwin Page worked some of the mines in the area, including this one. It’s unlikely that he used the old stamp mill but possible that he lived in the cabin above the mill for a time.

If you have any more information on him, I'd love to hear it.