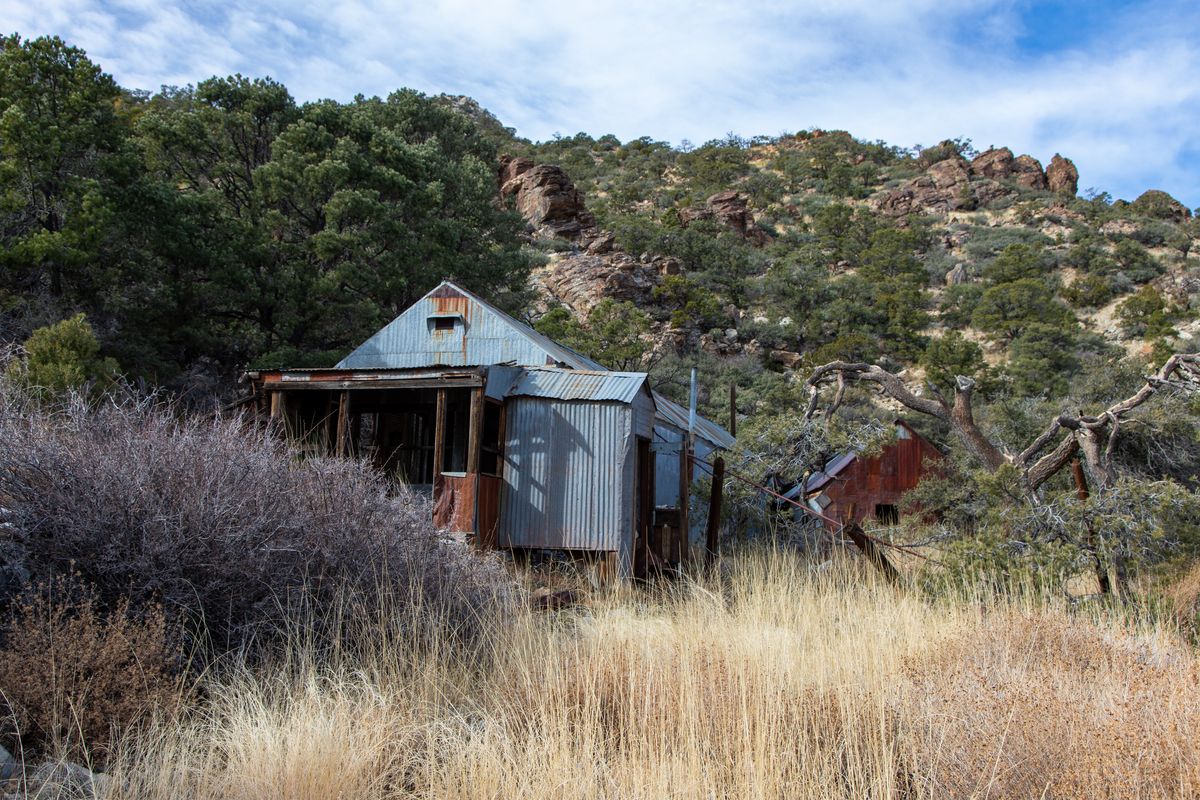 The Sagamore mine, also known as the New York mine, was a silver, lead, copper, zinc, and gold mine. It was first discovered in the 1870s by Mormons who found rich silver veins in the foothills of the New York Mountains. It is one of the oldest mines in the area.

Silver mines boomed in 1890 with the passage of the Sherman Silver Purchase Act of 1890. The act required the U.S. government to purchase a large amount of silver despite an oversupply in the market. This supported silver prices at a time when market forces would have otherwise depressed them due to oversupply.

Isaac G. Blake, a mining magnate from Denver, saw the potential of the mines of the area and sought to develop them. In December 1892, he began work on the Nevada Southern Railway (later renamed the California Eastern Railway) with the hopes of bringing ores from the mines of the East Mojave to his newly built mill in Needles. By March 1893, the Nevada Southern ran from the Santa Fe line at Goffs (once called Blake in his honor) up to Barnwell (also Manvel) with the intention of building a branch line to Sagamore, one of the many mines he owned.

Just when things couldn’t have looked brighter for Sagamore, the Financial Panic of 1893 caused a run on banks and closed many businesses. President Grover Cleveland called a special session of Congress to repeal the Sherman Silver Purchase Act, which ended the high demand for silver and stopped production for many silver mines, including the Sagamore.

During or shortly before World War I, silver, lead, and small amounts of tungsten were produced from the Sagamore mine for the war effort. The 1940s and World War II again brought interest to the mine for tungsten for a few years.

The mine was active yet again in 1951 when the Claremont Mining company announced plans to re-open it and build a new lead, copper, and zinc mill at Ivanpah to process the ore. The mine fell idle but was active again in November 1966, but soon closed.

There are two camps at Sagamore. The first one you will come to is the lower camp. It was a later addition and called Tin Camp for obvious reasons. It contains a few cabins - namely the bunkhouse of miners' apartments, and a cistern. Over the years, a group of volunteers who love the desert and mining cabins called the Desert Dogs maintained Tin Camp. Without their help, I'm sure the cabins would be in much worse shape.

Up the canyon near the mine was the original camp, called Stone Camp as all the cabins were made from local rock. There was once even a grocery store here. At the mine itself, the headframe has collapsed into the shaft. All the old equipment is gone.

In the canyon just below the mine, is a mill site. I thought it was odd that there was nothing remaining of the mill that was once there. After doing some research I read an account that mills were occasionally destroyed by Hollywood movie studios that used old, abandoned mining structures as filming locations. Some were blown up for dramatic effect. This was one of those times.

The mine and the surrounding area are now part of the Mojave National Preserve. Please leave everything here for others to enjoy.

You will need 4WD and high clearance to get near the mine. It will be a short hike on foot the rest of the way.