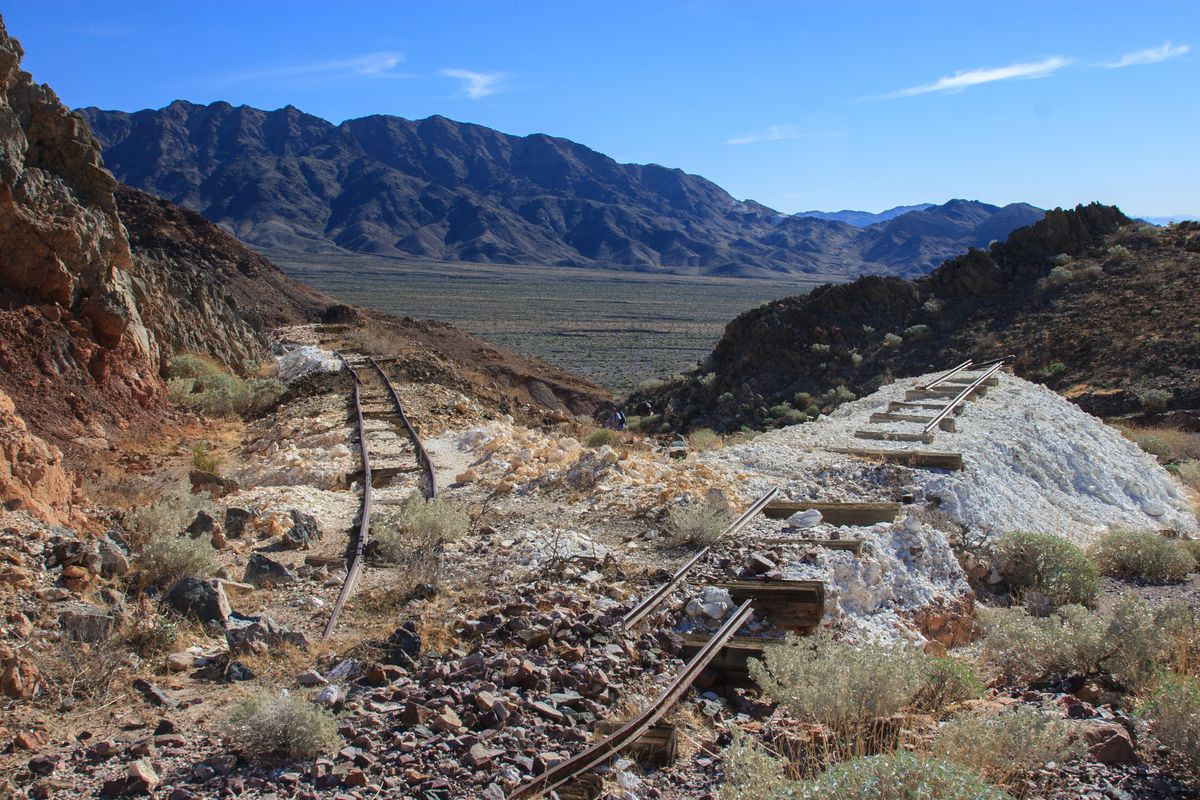 Arcturus Mine and Buckwheat Wash Dunes

Down in the southern end of Death Valley, a small group of mines lies hidden in a low set of hills. Also known as the Ibex, it was first prospected for copper and silver in the 1880s but was developed as a mine in 1914 by the Ibex Spring Mining Company.

The deposits turned out to be small and due to the remoteness of the area ore was packed out on burros. Like many other mines of the era, they never amounted to very much.

In later years, the mines were revived and worked briefly for talc. Those too proved to be small and unprofitable. Not much is left from those early mining days, except a few bits of rusted machinery, tin cans, and a small, rustic cabin. The cabin itself makes a neat destination but really isn’t worth staying in.

Along the way to the mines are a small set of wind-blown sand dunes that don’t see many people. The dunes are off-limits to vehicle traffic, but they make a fun place to relax and play.