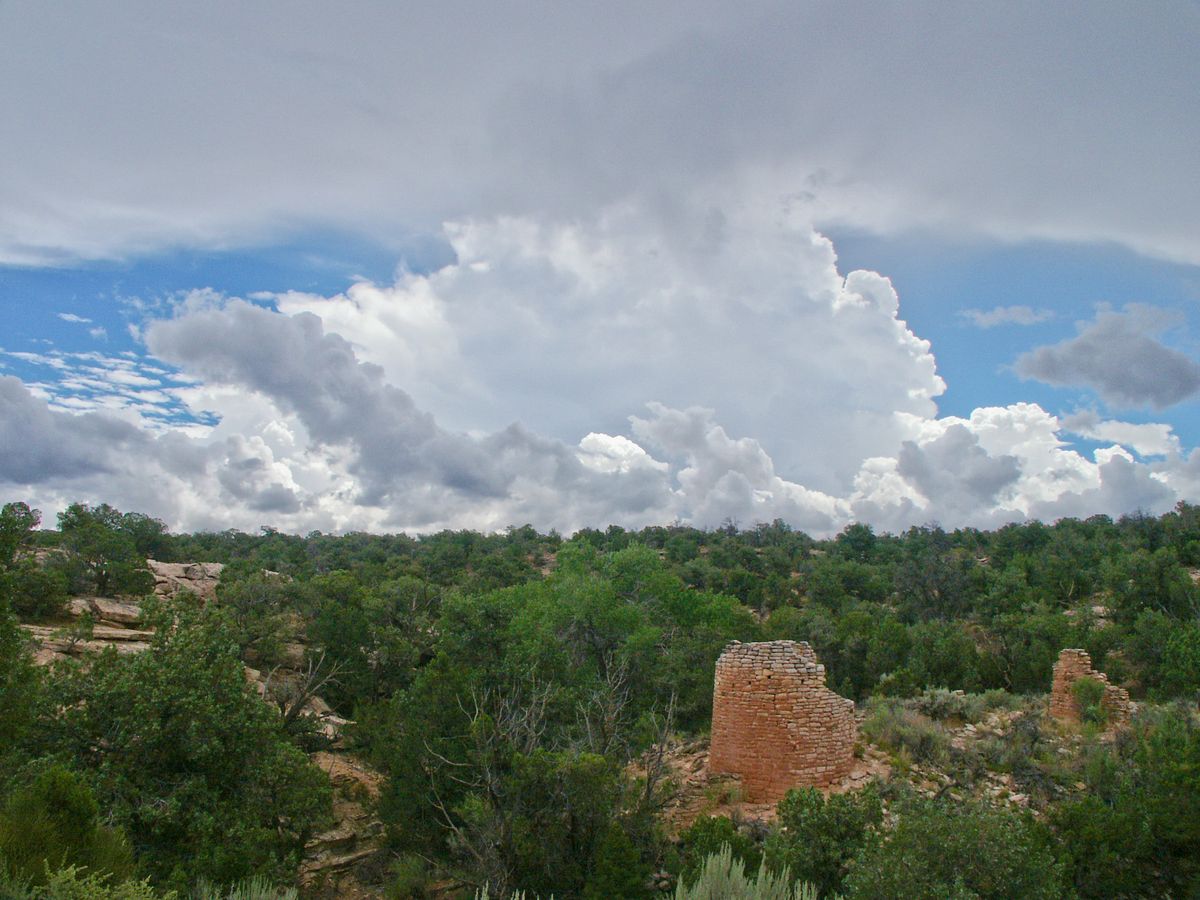 The Cutthroat Castle pueblo was built around the same time as the other Hovenweep Puebloan ruins. Although the pueblo itself looks small, there would have been many people living around it in the area. The site is along a canyon and is unusual in that it had a kiva built on top of a boulder and not underground. Perhaps the terrain of the site simply wouldn’t have allowed it. The site is way out in the middle of nowhere but worth the journey.