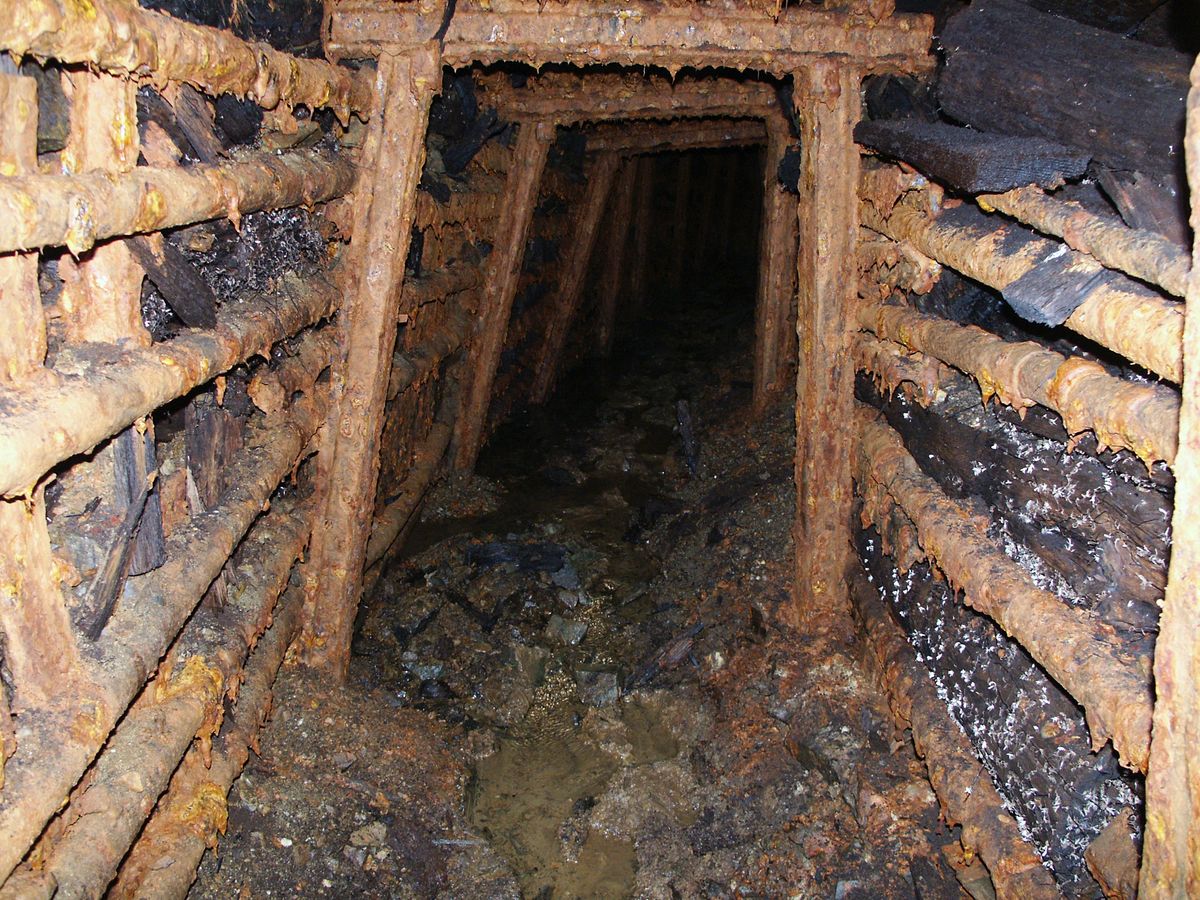 Back in 2003, we took a trip up to the Sierra Nevada and our group gained special permission from the California State Park service to explore a small underground portion of the massive Empire Mine inside the appropriately named Empire Mine State Historic Park in beautiful Grass Valley, California. Doug McConnell and local TV program "Bay Area Backroads" crew came along to film the event for one of their episodes. What an incredible opportunity!

The mine is truly massive but most of its 367 miles of tunnels and drifts are flooded. We went down to the water table in the mine and explored the Magenta Drift on the 600 level. We encountered a lot of mud, water, and tight spaces. Doug and crew were very good sports considering the punishment they and their equipment had to put up with. We found a few artifacts left over from the miners that had not been seen in many years. Among the items recovered for the Historic State Park collection were shovel heads, a carbide lamp, and candles used by the miners. We are very thankful to Park Ranger Jeff Herman and Empire Mine Historic State Park staff for allowing us entry and coming with us inside! We had a great time!