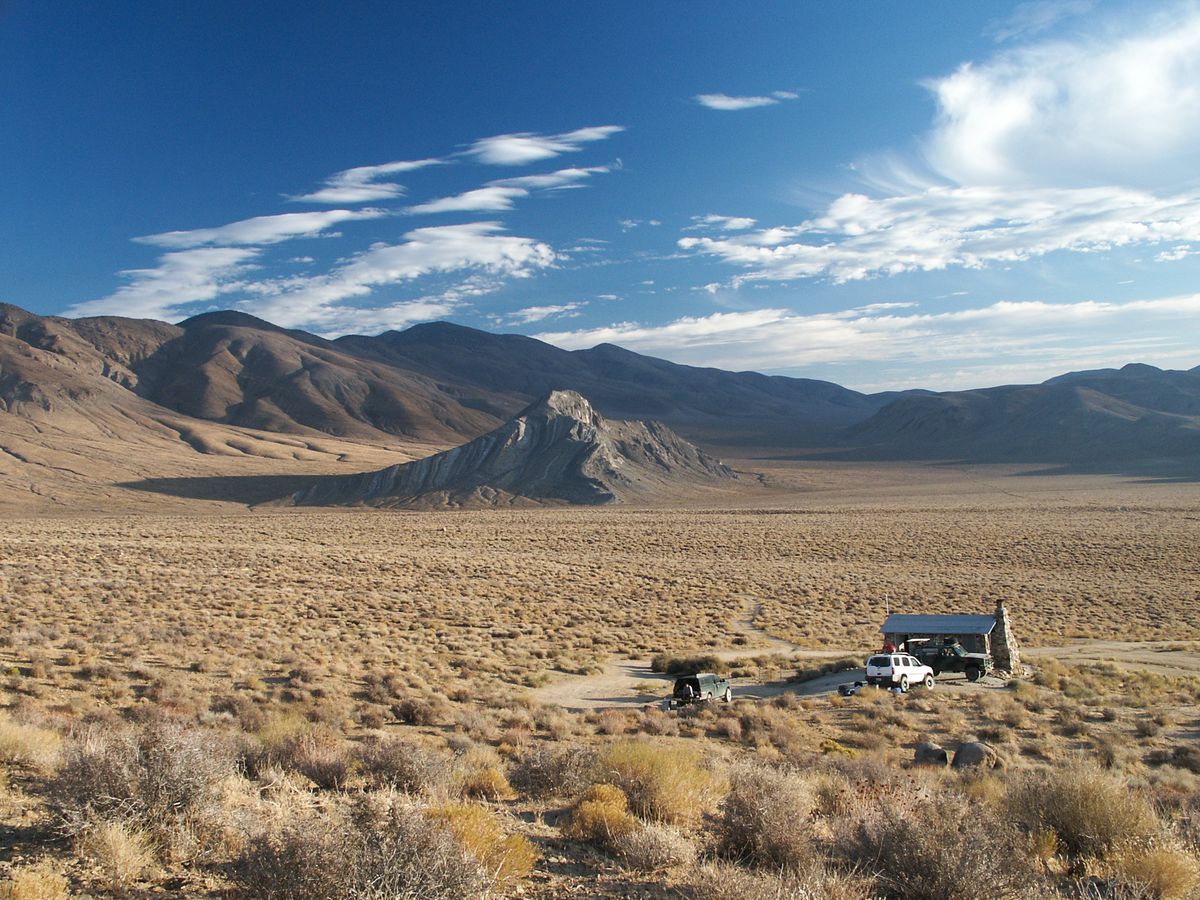 Geologist’s Cabin is an icon among the many Death Valley backcountry cabins. It stands picturesquely at the western end of Striped Butte Valley above Anvil Spring with a majestic view of the Striped Butte itself. It is a fantastic place to visit.

The cabin itself is a fine, well-built structure but accounts differ on exactly who built it.

Popular belief is that Asa Russell built it in 1930. He and Ernie Huhn started prospecting on Manly Peak in 1925, taking samples from many locations around the area. They didn’t pan all of the samples until a few weeks later and discovered that one of them was rich with gold! Ernie had failed to mark where that sample came from.

After a few weeks, they returned to the mountain, but Ernie couldn’t quite remember where that rich gold ledge was. And after a few months of searching, they gave up. The story goes that Asa came back in 1930 and built Geologist’s cabin to support his mining efforts. He was successful at taking some gold out of Striped Butte Valley but they say he never did find that rich body of gold ore again.

One conflicting bit of evidence against this story is Asa Russell himself. In an April 1955 Desert Magazine article, he states that he built a few cabins at the foot of Manly Peak and he planted locust trees and grapes at his cabin. I believe he is referring to Russell’s Camp, just a few miles away from Geologist’s. (The article does show a picture of him standing next to Geologist Cabin; however, this could have been a photo-op.)

Research by Emmett Harder and Judy Palmer points to the cabin being built by Wallace Todd and Capt. William Fison with help from Dr. John Wolff in the 1930s. Both Todd and Wolff were geologists. Capt. Fison did most of the building, selecting all the native stones and even hand-carrying them to the site himself.

If you stay out at this wonderful cabin, please follow Backcountry Cabin Etiquette. Thank you for your effort to keep the place clean!