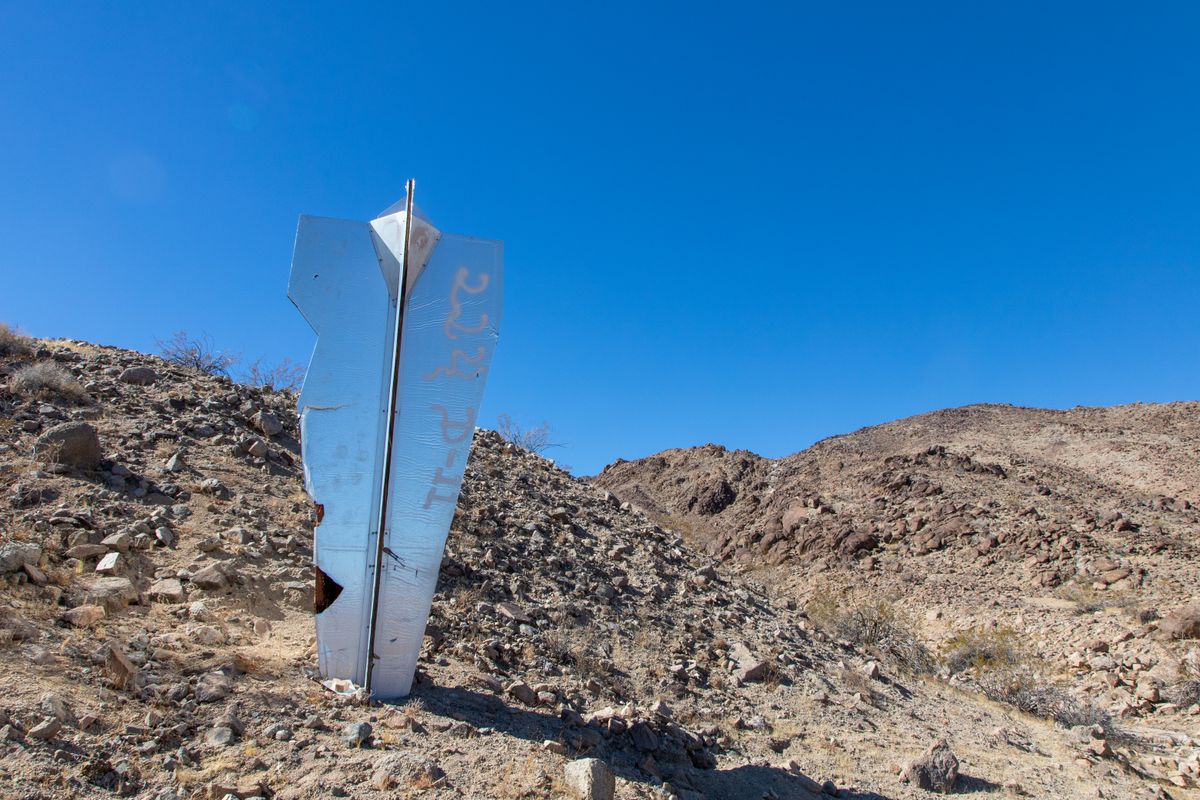 You never know what you will find in the desert. My friends Dale and Brian hiked with me out to an intact military aerial target dart and an aircraft auxiliary fuel drop tank out in the wilds of the Owlhead Mountains in Death Valley National Park.

It’s a longer hike than it first seems and should only be done in the cooler months as there is no shade out there.

The dart is a towed aerial gunnery target. It would be towed behind another aircraft on a few thousand feet of cable and shot at with radar-assisted gun sights. The diamond part on the tail end of the target is a radar reflector. I guess finding a completely intact dart is rare.

Along the way, we visited an incendiary flare that Dale and Brian already knew about from a previous hike. It is a great find! I won’t reveal its location here but if you search a bit you can find it, it’s not too far from my trail.

There are plenty of .50 caliber and 20mm shells scattered around out there. We even found a few bullets.

All in all, it was a pretty fun hike!