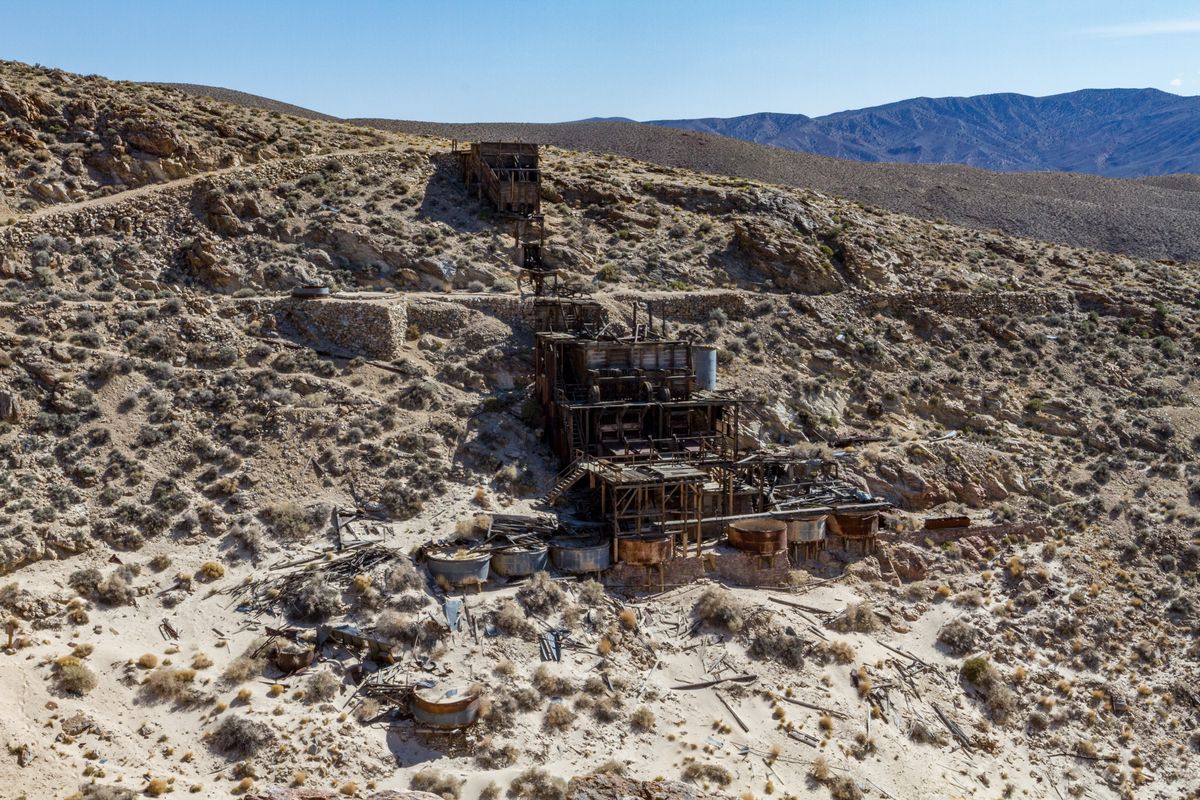 Much about the history of Skidoo has already been written in various books and online, so I will only give a brief summary here:

The fifteen stamp mill was quickly built in 1908 by mine developer Bob Montgomery (of Bullfrog mining and Rhyolite fame) to develop the gold ores of the Skidoo mine just behind the mill. Ore was hauled directly from the mine to the mill via tunnels in the hillside. Mr. Montgomery had significant financial backing from Charles M. Schwab (steel magnate).  A townsite sprang up a little ways to the east.

Interestingly enough (for a place as dry as Death Valley) the stamp mill was water powered.  Water (for mill and town) was piped down from Birch springs high in the Panamint Mountains about twenty miles away (and 2,000 feet higher). The water drove a Pelton wheel which ran the machinery and stamps. Later, a gas engine was added to help power the mill when the spring was running low.

The original mill burned in 1913 and was rebuilt the same year. After nearly a decade in operation, the mine closed in 1917 when the gold became too difficult to extract from the ore. Production was over $1,500,000 (in 1917 dollars).

I've been to this stamp mill a few times over the years. In 2013, we stopped here only briefly while on our way to visit another old miner’s cabin. It had been a long time since either of us had visited this place and we wanted to see how the old stamp mill was holding up. It still looks pretty good considering its age. Thanks to the National Park Service for their stabilization efforts.

See my post on the Bald Peak Mine for photos of remnants of the Skidoo pipeline.