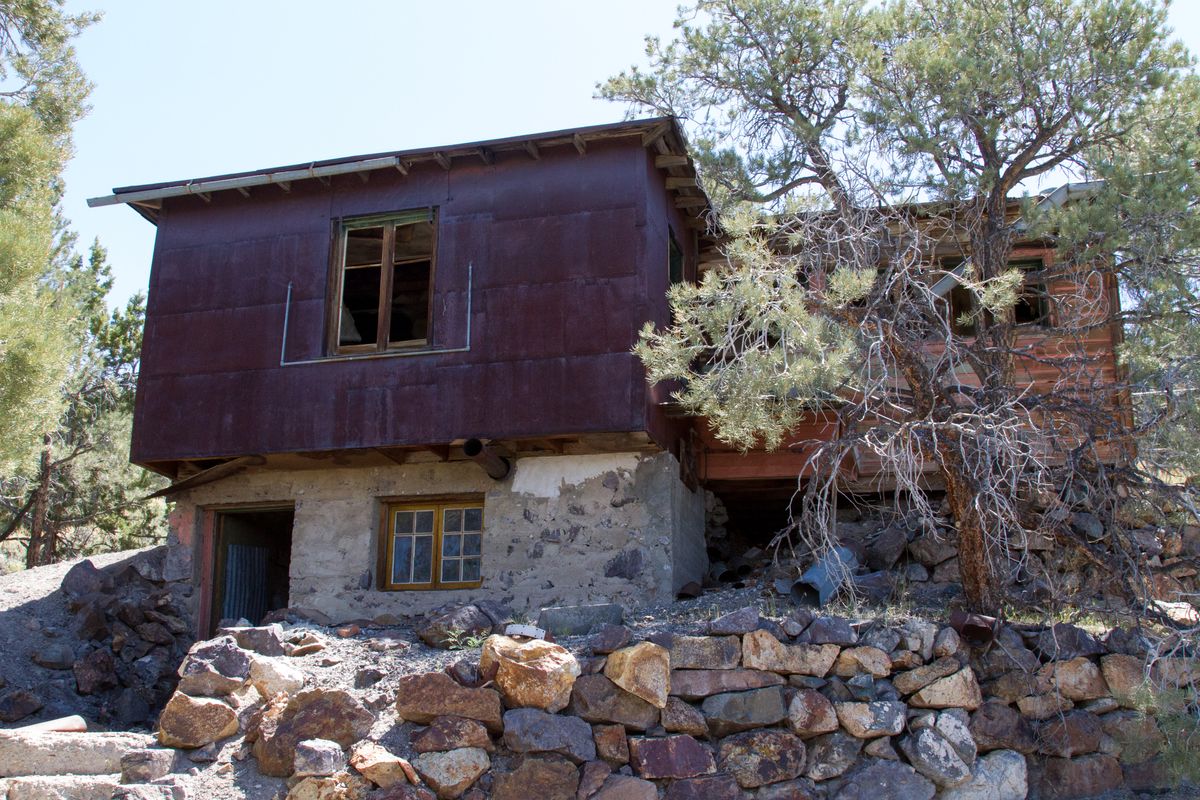 Roy Ames located some fluorspar claims in the hills above this little camp in 1941 but it doesn’t appear that he produced much if any fluorite. I suspect some of the buildings were already here by that time, but he probably improved them. Roy passed away in 1966 and is buried in Tonopah.

I was hoping that these cabins would be in better shape as the spot makes for a neat campsite, but they are in need of some serious repair.