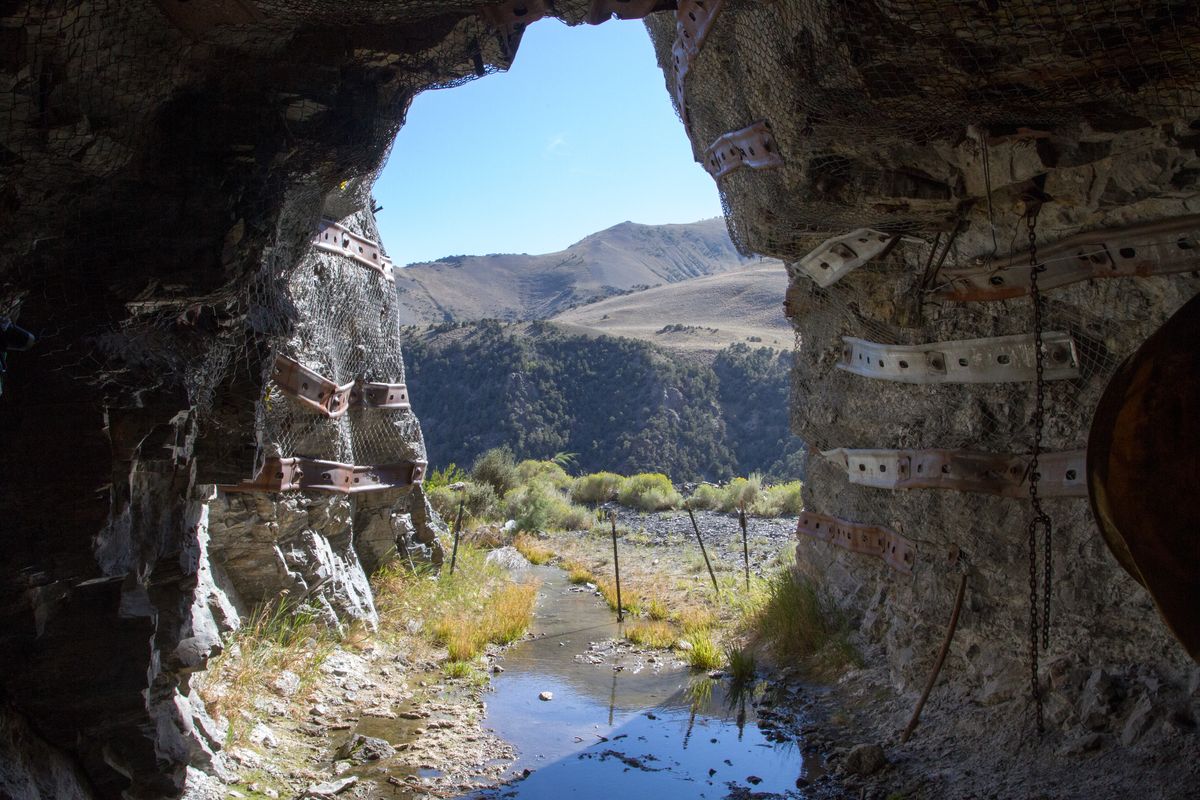 I’ve known about this mine for a long time but had avoided it because it was so close to town. I figured everything had already been carted off and the mine reclaimed. Over the course of the last year or so, I had multiple sources bring it up. It still was a low priority, but I started thinking more about it. Finally, we were out on a trip to Nevada and driving by the area. We stopped to pay a visit.

The mine was originally worked for gold and silver back in the 1860s and 1870s with a small amount of production. It sat idle for many years then was worked again in the 1930s and 40s. It remained idle again until about twenty years ago when a mining company developed a few thousand feet of drifts and workings. The gold and silver ore body is a nearly horizontal quartz intrusion into the surrounding limestone.

Of the mine workings, we focused on two main adits (tunnels), the lower haulage adit (also known as the Conveyor Drift) and the upper main adit on top of the massive mine dump.