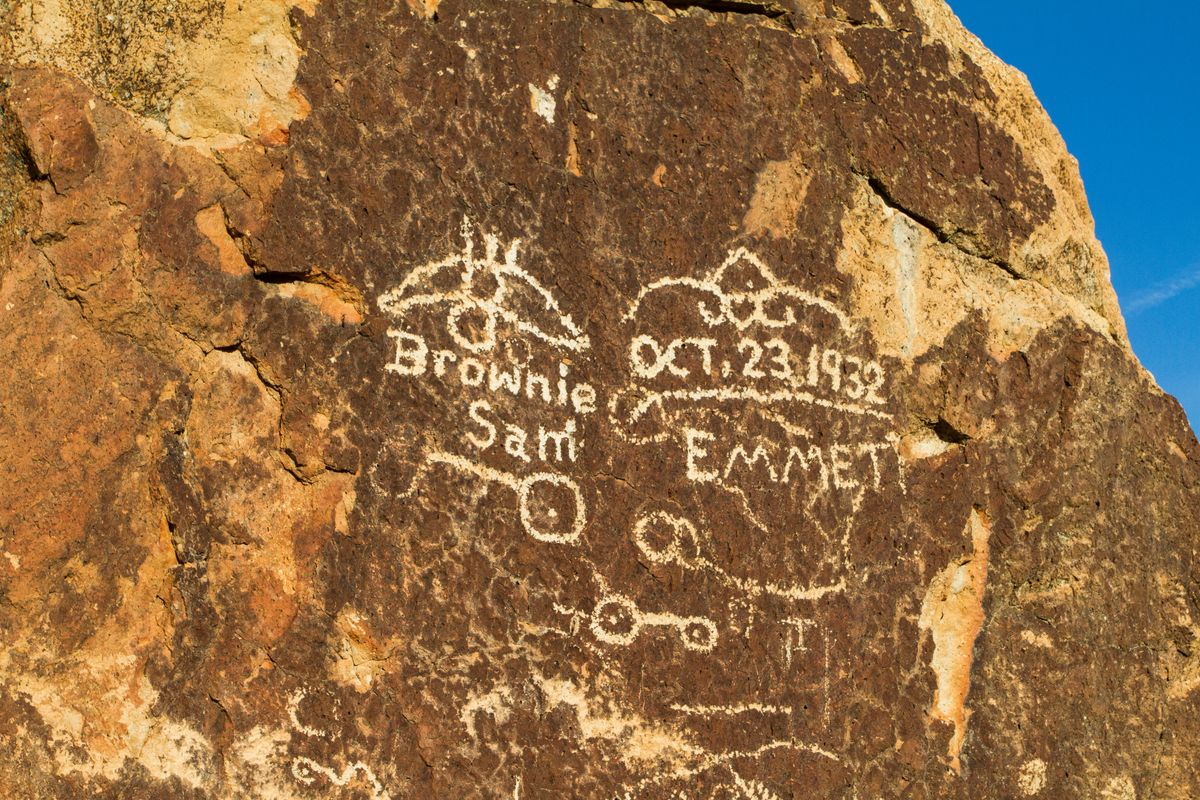 Brownie Sam and Emmett Rosse, two Shoshone cowboys, stopped alongside this huge volcanic boulder in late October of 1932. It is a place where their ancestors had camped many times. The ancients had carved numerous symbols on this rock, they decided they would too. They stood on the backs of their horses and added their names to the record above the petroglyphs below.

Historically, this area was inhabited by the Western Shoshone people but before that, the area had been inhabited for thousands of years by the Desert Archaic culture, a precursor to the Shoshone. Most of the petroglyphs on the boulder are of abstract and geometric designs and are attributed to them.

These days, most people (including many rock art enthusiasts) don’t realize there are many rock art sites out in the heart of Central Nevada. This country is covered in Pinyon pine and Juniper trees and not the place where many would expect to find them but they are here, among the mountains and tucked away in the woodland.