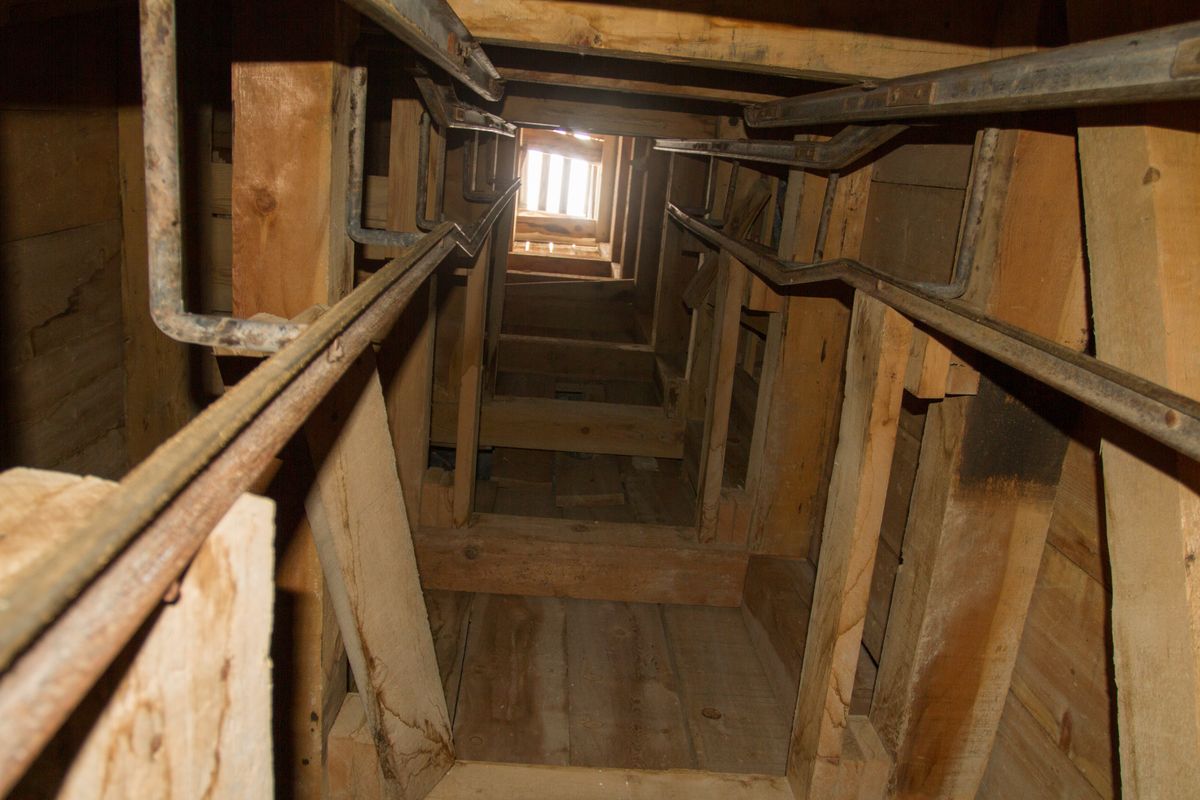 This site was an amazing find for us and a place I had really been looking forward to exploring. I had known about the mine for some time and, as is the usual case lately, and I just needed the time and some people to come with me underground. I was able to talk Bill and Dan into a side trip scouting the area at the end of another long trip in Nevada in 2009. Since it was the end of the trip, we didn’t have enough time to explore the whole mine but it looked promising. We also looked at a few other nearby sites on our list that were too close to pass up. I tried to put a return trip together but it took a few months before I could get the guys to come back with me for a full exploration of the mine. I’m glad we did.

The mine itself is an old one. The district was first developed in the 1880s for gold, silver, and copper but substantial production didn’t start until the early 1900s. The mine produced mostly copper and the ore was hauled to the nearest railhead. Ore was originally shipped to smelters in Utah and later to a smelter in Nevada. The mine is laid out on seven different levels that are split into two sections. Four levels along the main shaft and three in the other section. This doesn’t include a nearby mine in the same group which has a few more levels. None of the sections are connected underground, but even so, the main part of the mine is a few thousand feet of well-timbered workings and is very interesting to explore.

The Southern Nevada Mine was an early mine in the Searchlight District and started out with the Spokane Shaft in the 1900s. In the first few years the miner’s encountered water at 200 ft depth and abandoned the Spokane Shaft. They started working on the Blossom Shaft a half
The Oakland Group of mines never produced much. The mines were worked for gold from 1922 to 1934. A vertical shaft is reported to have gone down to at least 75 ft with drifts and a separate incline shaft that dropped to 85 ft. Water was encountered at these depths
Late in 2021, I met up with one of my hiking buddies and we went out to find a pictograph site in the Mormon Mountains Wilderness of Southern Nevada. Hidden in a limestone canyon are two alcoves with pictographs (and a faint petroglyph or two) on their walls. Some of