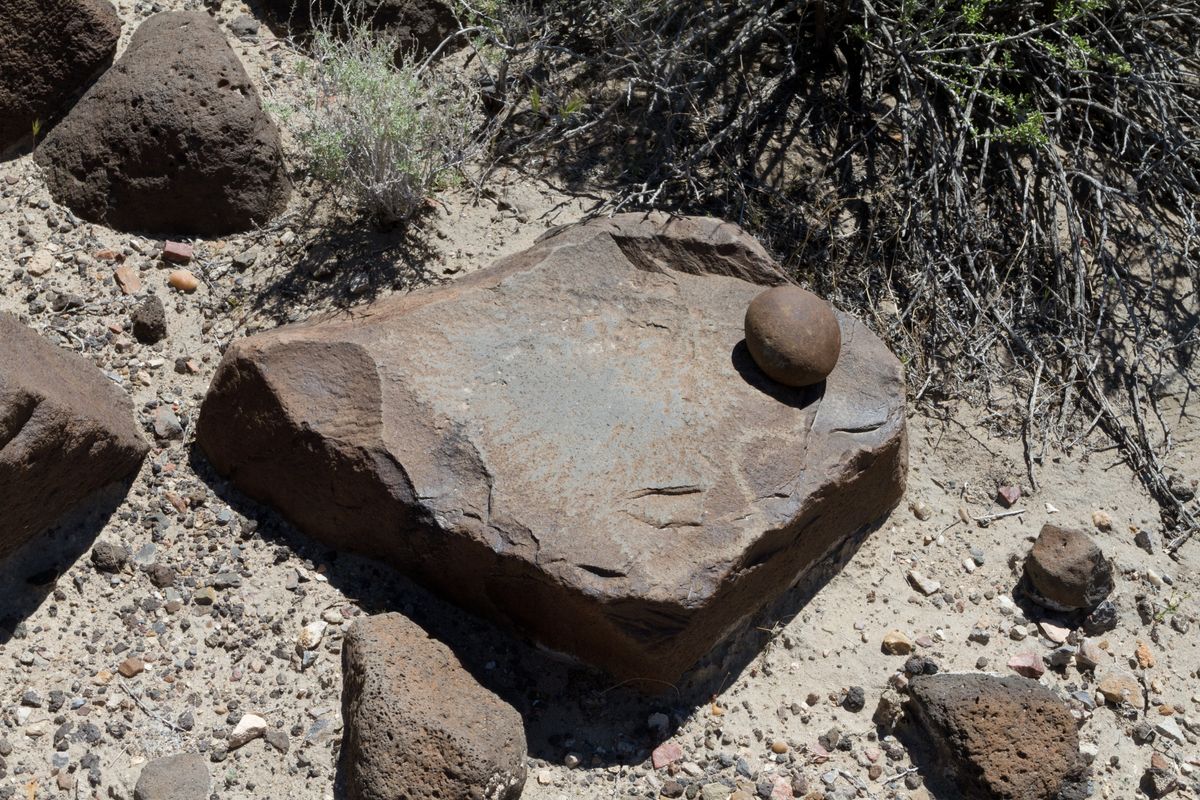 For three years, a photo of a petroglyph site had been sitting in my inbox. (Not my regular inbox but the “I’ll get around to it someday” inbox.) The photo only showed a couple of boulders, covered with petroglyphs, on a hillside. The caption said it was somewhere in the Panamints. That got my attention. I have explored the Panamints for many years and I had no idea where this could be. I could see some of the background behind the rocks and mentally tried to place the site. It didn’t make sense, it just didn’t match. I showed the photo to my buddy Dan. Not only does he know the Panamint area as well as anyone else I know, he lived out in Furnace Creek! Like me, he studied the photo for some time and came up empty. We were stumped. I printed out another copy of the photo and put it in my backpack just in case I was hiking around Panamint Valley or Death Valley and saw some similar terrain. (I later found out that Dan did the same, except he put it in his jeep.) Years passed and although we never really forgot about it, we never did much searching for it either.

In late 2010, the photo came up again. Somehow it surfaced to the top of the pile. I must have been trying to clean out my inbox and saw it. “Hmm…” I thought while picking it up. “Why can’t I find you?” It was so puzzling. I decided I had to find it. Looking at it again, I knew something wasn’t quite right. I didn’t think it really was in the Panamints. I just couldn’t see how it could be. I ran all the different terrain through in my mind and none of them matched. So, I decided I would try to email the author of the website where I had seen the photo. I was surprised when he responded and was friendly. He told me he and his friend had found the site in 1985 and that it was completely unknown to anyone, including the Park Service. He had been volunteering for the Park Service at the time and told them about the find. And he gave me a hint on the site’s location: it was in the Cottonwood Range. He said technically, the Cottonwoods were part of the Panamints. (You should have seen my face.) I’m sure a few geologists and cartographers would agree but I wasn’t in that camp. No wonder I couldn’t place it in the Panamints! Well, I got out my maps and made short work of where I thought it could be. Now it was just a question of finding the time to get out there and hike around. Finally, in late April of 2011, I had a chance to get out there. I called up Dan and he was free. The hunt was on.