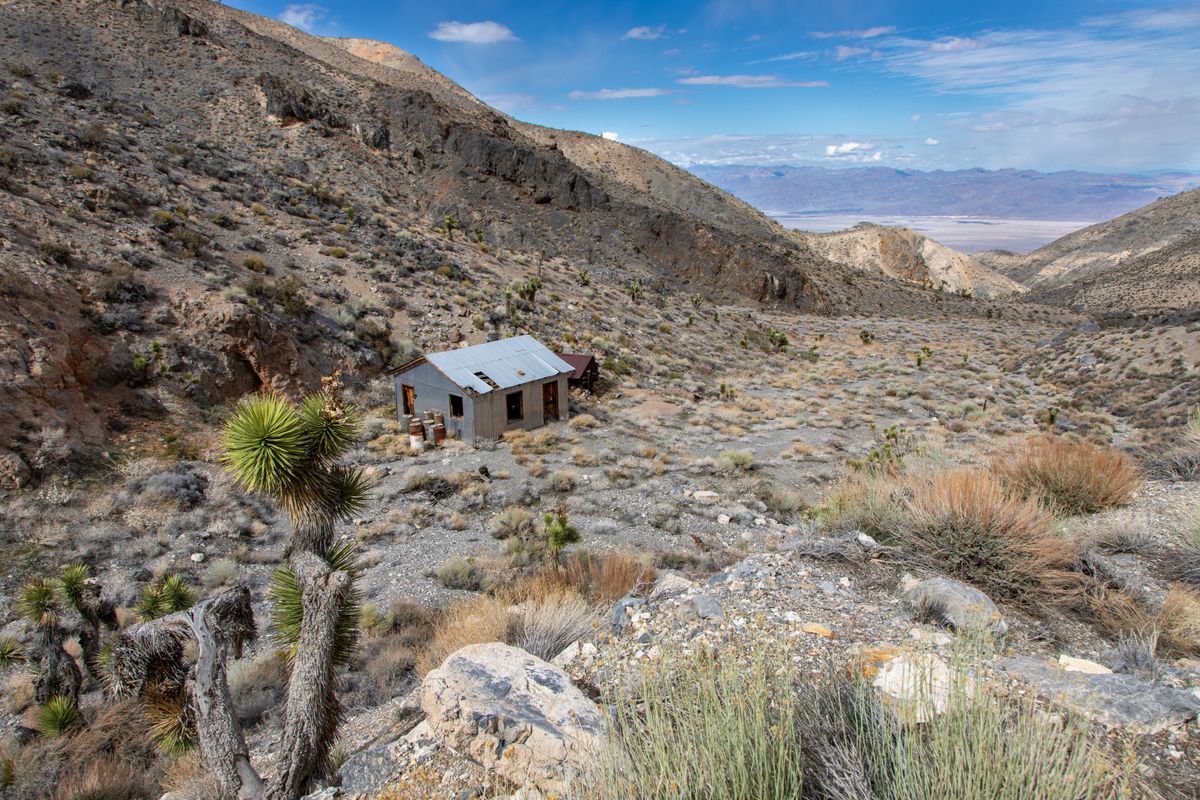 Jean François de Lamoignon (shortened to Jean or John Lemoigne), was a black-bearded Frenchman who differed from most of the other early Death Valley prospectors; he was a well-educated mining engineer. He came to Death Valley around 1879 to supervise the Eagle Borax Works. Unfortunately, by the time he had arrived in Death Valley, his partner who brought him out there, Isidore Daunet, had committed suicide. Lemoigne turned to prospecting.

Lemoigne traveled far and wide around Death Valley country and discovered a few mines over the years, but up in the Cottonwood Mountains, he discovered a lead-silver ore body that was his favorite. He worked his mine only on a very small scale. He never developed it beyond what he needed to live off of at the time. He referred to it as his “bank”.

He was very well known and well-liked amongst all the other Death Valley prospectors. So much so, that when he died, more than a few claimed the honor of finding him and burying him where he lay; under a mesquite tree near Salt Creek alongside his burros. (They died too, unfortunately.)

After his death in 1919, other miners, namely Beveridge Hunter and Bill Corcoran, worked Lemoigne’s mine and staked a few more claims on some of the surrounding ridges. They developed the mine as the Buckhorn Humboldt Mining Co. in the 1920s and found some rich lead-silver ore bodies. Some later work was done in the 1950s as well.

The "modern" shiny cabin at the mine camp is not the one Lemoigne lived in or built but is from one of the later mining operations, probably from the 1950s. The smaller, tin-covered, cabin just downhill from the modern cabin was Lemoigne’s. There are also the ruined remains of a stacked stone cabin farther downstream that was probably Lemoigne’s first cabin at the camp. I think it was built when he decided he was interested in this spot.

Also, check out trips to the Inscription Fork of Lemoigne Canyon and Lemoigne's Wagon.