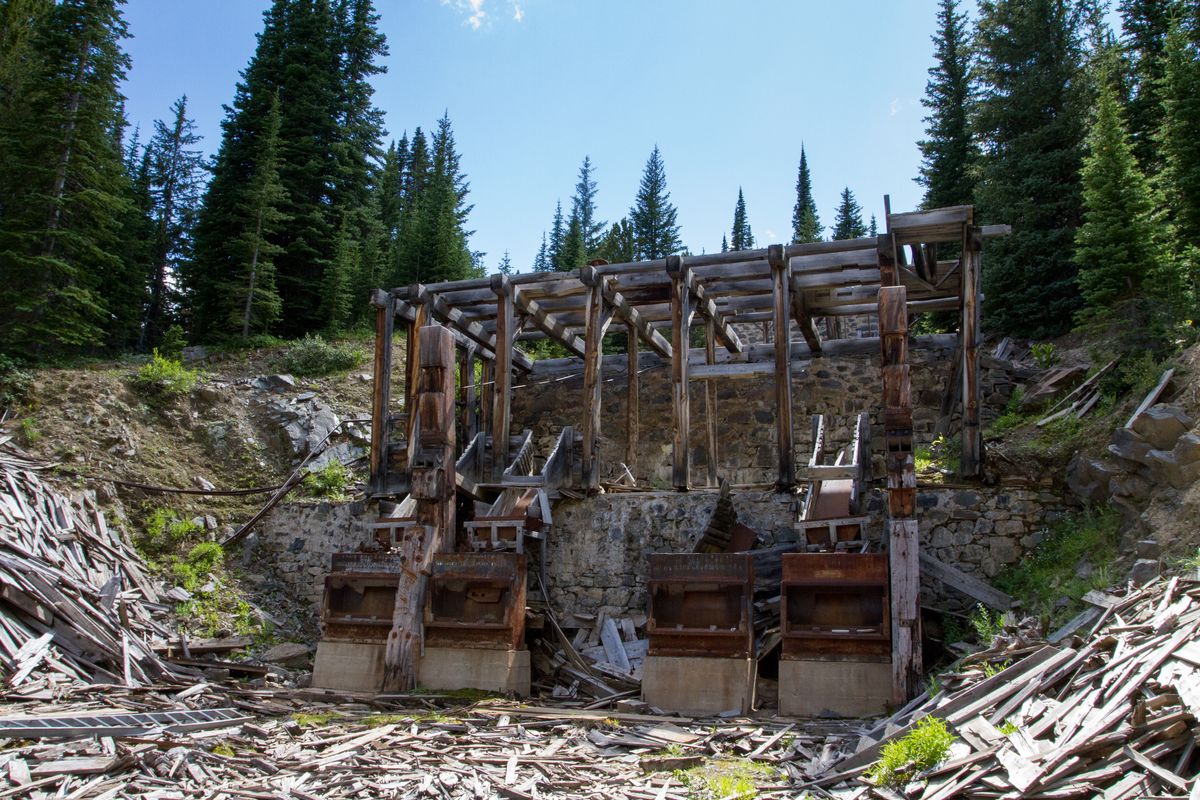 In 1872, William “Billy” Spurr and James Bryant discovered the Trapper lode high in a cirque on Lion Mountain. News of the silver strike spread and soon other miners staked claims all over the mountainside. The barren slope got its name when a prospector thought he saw a mountain lion high up on the hillside. Turns out it was a white mule, but the name stuck.

Prospectors poured in from the surrounding areas. Camps by the name of Trapper City and Lion City quickly sprang up in the basin below the mines and the newly formed Bryant Mining District was thriving. The mines were rich enough to warrant a smelter. And in 1875, a 40-ton smelter was built farther down Trapper Creek in the newly formed town of Glendale.

By 1877, a new mining organization, the Hecla Consolidated Mining Company, bought up most of the other mines on Lion Mountain, including: the Trapper, Cleopatra, Franklin, Cleve-Avon, Mark Anthony, Ariadne, True Fissure, and Atlantis lodes. The name ‘Hecla’ came from a painting that was hanging on the wall in one of the mine’s offices. It showed one of Iceland’s most active volcanoes, Mt. Hecla (Hekla), also affectionately called the “Gateway to Hell” for its numerous eruptions.

Unlike the story of many mines, the Hecla continued to do well for many years until the financial Panic of 1893 when the Sherman Silver Purchase Act was repealed and the price of silver dropped. Operations slowly began to wind down over the next few years. The company’s largest producing mine, the Cleopatra, shut down in 1895. The smelter at Glendale was torn down in 1900 leaving only the stack behind. And by 1904, the Hecla Consolidated Mining Company closed its doors permanently. The district had produced $20 million dollars worth of silver ore. The Hecla was one of the more profitable mines for the time. Little remains of the mine today.