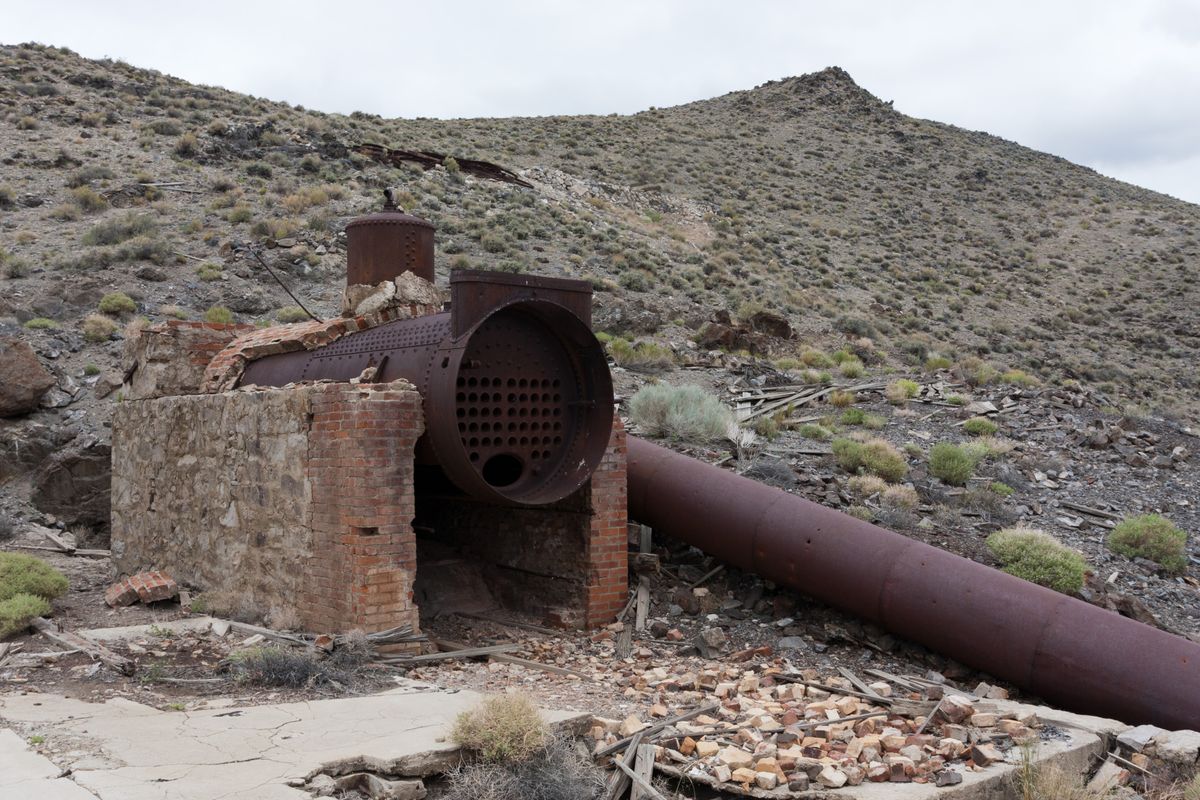 The smelter only operated a few months before the mine closed again though. This time due to high shipping costs and an experimental concentrator. One report states that hauling ore from the mine was done by “large steam-driven, traction-wheel units” over to Luning.

The mine lay abandoned once again until 1921 when another rich discovery was made the mine went back into operation. That ore body lasted for around seven years (until 1928) and the mine fell idle once more.