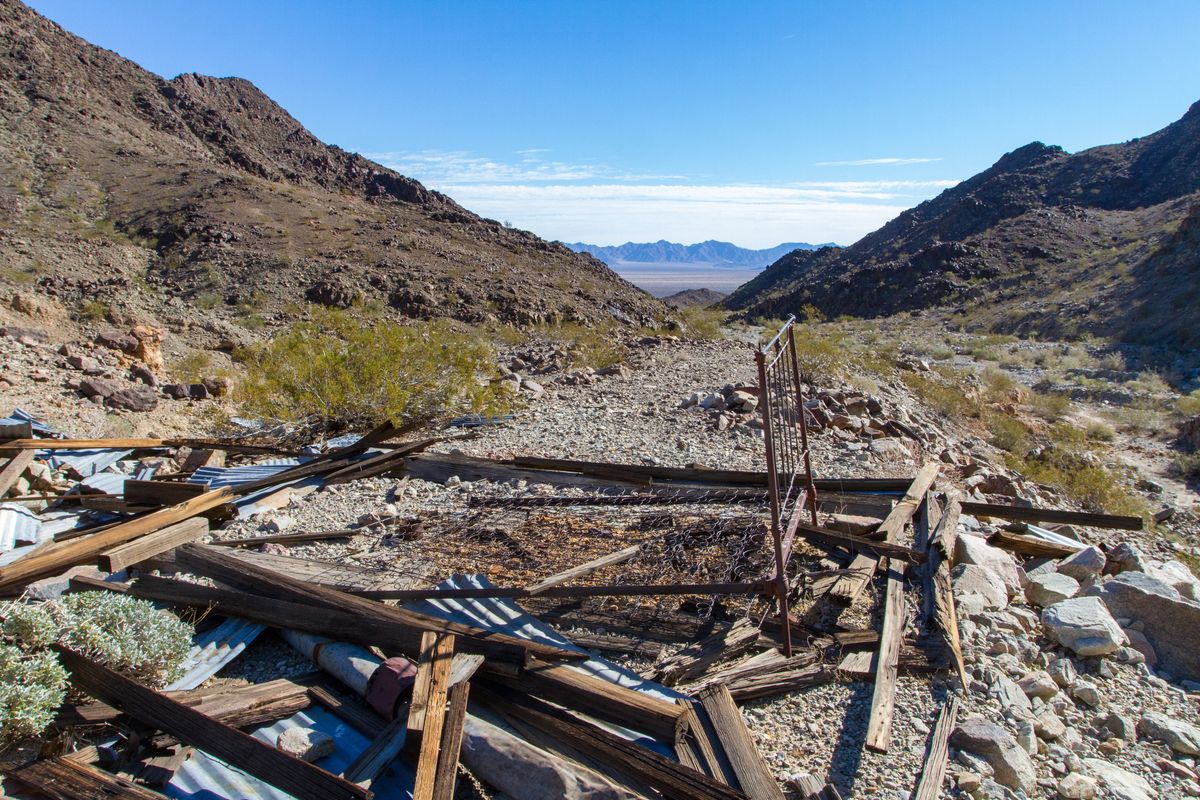 The Outlaw Mine is one of those places I wanted to go to because it was so remote. I knew there wasn't going to be much left at the site but I still wanted to go and see it. The area is so remote, so desolate. It is one of the most isolated mines in Joshua Tree.

Little is known about the production or ownership of this mine. Reported to be a gold and silver mine, in 1949, it was owned by W.P. O'Connor and J.P. Hayes. At that time it had a 100 ft shaft but only assessment and road work were done. By 1968 it was reported that the mine had two shacks but the headframe had already fallen into the mine shaft.

Little is left at the mine today. The buildings have fallen over and the shaft has been gated by the Park Service. You'd think this place is so infrequently visited they wouldn't bother but they did.

In 1929 the Gold Hill Mine, comprising five claims about a mile west of the Pinto Wye Arrastra in Joshua Tree National Park, was owned by C.H. Wiser and Anvil B. Johns of Rialto, California, and J.A. Johns of San Bernardino. They set up John's Camp nearby to
Down in the southern end of Joshua Tree National Park, the park service has made a trailhead with an open invite to find your own way out to the old mining site of Ruby Lee Mill site and beyond. The Park Service says the mill dates back to the 1870s.
James “Chuckwalla Jim” Wilson discovered a rich gold-bearing outcrop of rock in this canyon in 1901. He called it the El Dorado (also spelled Eldorado). Wilson loaded small batches of ore on burros to be processed over at the mill at Pinyon Well, and all the way to an arrastra