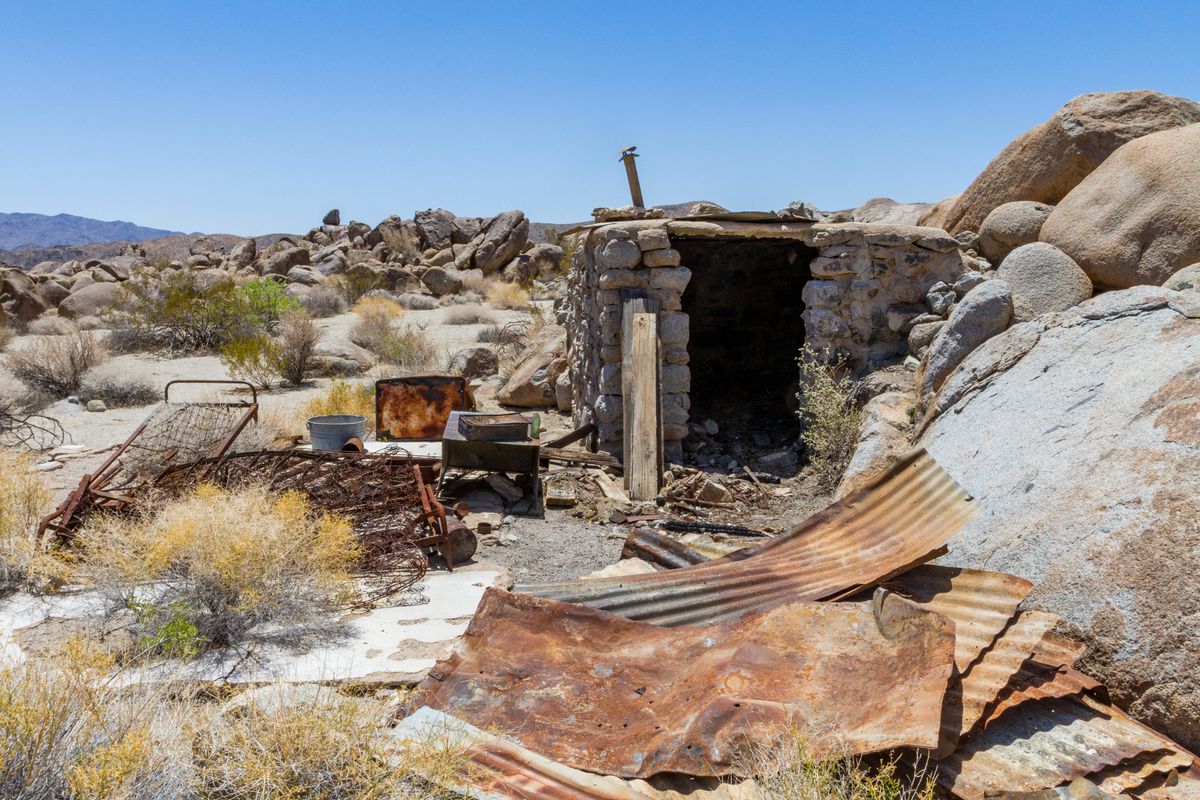 Down in the southern end of Joshua Tree National Park, the park service has made a trailhead with an open invite to find your own way out to the old mining site of Ruby Lee Mill site and beyond.

The Park Service says the mill dates back to the 1870s. They probably know something I don't. I could only find evidence that the mill site dates from the Depression Era of the 1930s when a great number of people were out in the desert looking for gold and trying to make a living. The mine and mill were claimed in March 1936 by a Ruby Lee Rule and later by A. Dietemann in 1948. Production from the mine is unknown but it is unlikely it was very much.

The mine itself is four miles off to the west from the millsite and much deeper into the hills. It consists of a minor series of shallow shafts and prospects.

I noticed the letters “M.W. 1933” carved into a granite boulder along the old road to the mill site. I’m not sure what “M.W.” stands for or who made this historic inscription; another backcountry mystery.

The Outlaw Mine is one of those places I wanted to go to because it was so remote. I knew there wasn't going to be much left at the site but I still wanted to go and see it. The area is so remote, so desolate. It is one of
In 1929 the Gold Hill Mine, comprising five claims about a mile west of the Pinto Wye Arrastra in Joshua Tree National Park, was owned by C.H. Wiser and Anvil B. Johns of Rialto, California, and J.A. Johns of San Bernardino. They set up John's Camp nearby to
James “Chuckwalla Jim” Wilson discovered a rich gold-bearing outcrop of rock in this canyon in 1901. He called it the El Dorado (also spelled Eldorado). Wilson loaded small batches of ore on burros to be processed over at the mill at Pinyon Well, and all the way to an arrastra