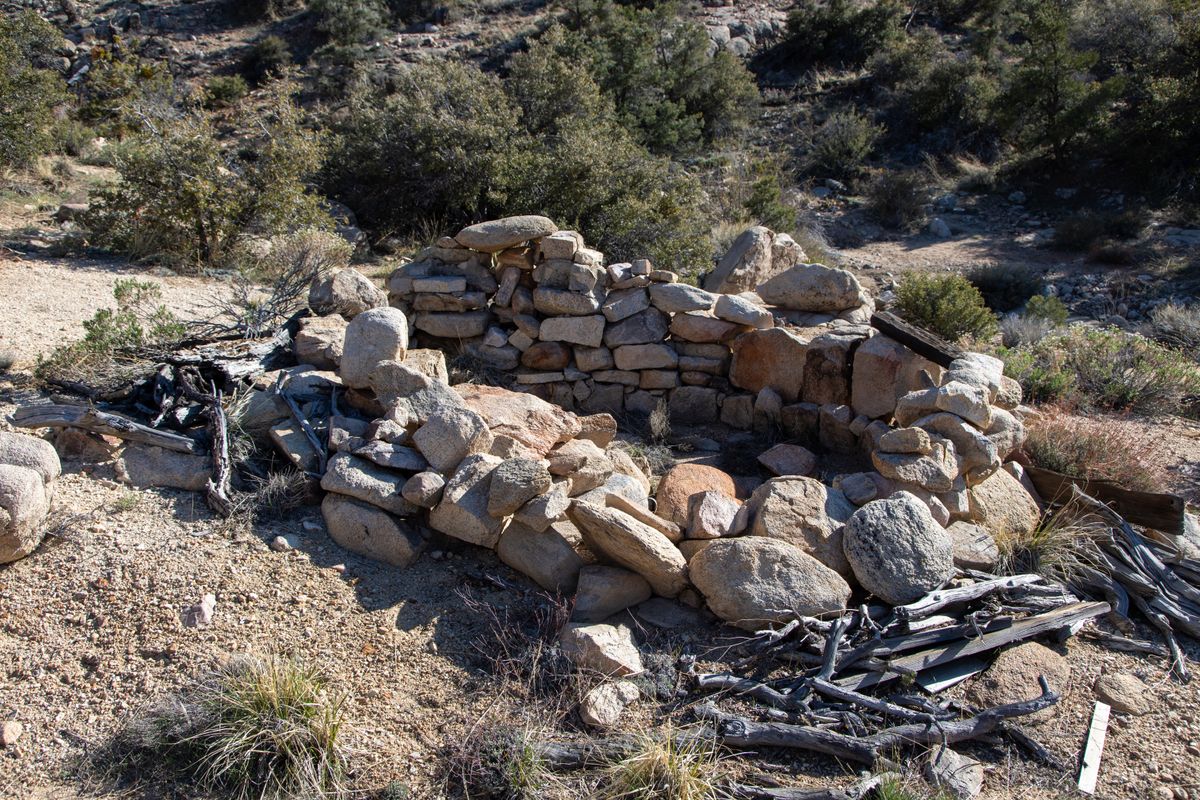 Most people interested in the old mines of Southern California know about the old "Spanish" smelter on the eastern edge of the San Bernardino Mountains. It is just off Burns Canyon Road in Rattlesnake Canyon and is well visited.

The smelter is old. One report states that it was rediscovered in 1870, so it's probably much older than that. And it is more likely of Mexican origin, not Spanish. The smelter itself is a simple affair of dry stacked rocks and next to it are the remains of a few rock cabins.

The whole area is scattered with old mines. With most of them being worked for gold. The vast majority of them are all small and never amounted to much, except the nearby Rose Mine which was quite profitable, but that is the exception. There are interesting early workings here though besides the smelter.

Just around the corner and a short hike away is another mining site. Although it isn't big, it has an adit and an arrastra. It doesn't see much visitation and stuff like that always gets my attention.

I couldn't find any information on who worked the mine or built the arrastra, but it looks early from the old cans and debris scattered around. It also looks like someone reworked it in more modern times looking for placer gold.

There isn't much left of the arrastra or the mining camp. The mine adit is gated with a trickle of water pouring out but this is a scenic area and worth a visit.