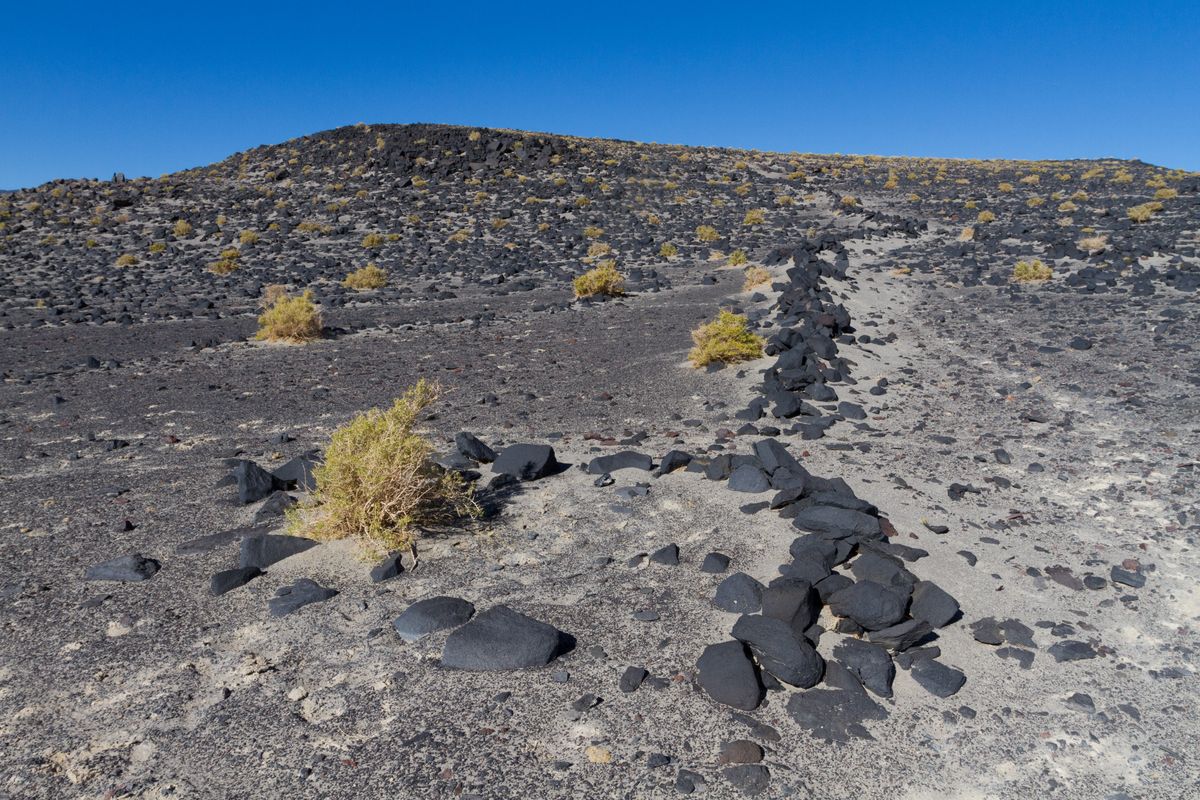 In October 2010, we visited a very isolated geoglyph way out in the Great Basin desert, all by itself, on a basalt hill. It was an interesting discovery for us. There are some other Native American camps in the area but no petroglyphs that I could find. But, besides the remoteness, what makes this interesting is the height of the rocks stacked to make the geoglyph. They are all good-sized basalt boulders, typically 9-12 inches in diameter, and stacked three or four tall. The rock circles that are part of the geoglyph seem like they could have been used for housing rings.

We also thought the site could be more modern and built by ranchers as a line fence for cattle but it is only a single line. That idea just didn't make sense.

It is also possible that the geoglyph could be a large hunting blind. The lines of rocks would likely have been used to drive animals, like antelope, in parallel to the line, and the rock circles were used as blinds for the hunters. Regardless, it all seemed unusual to me.

The mine was first worked for gold and silver by Chas Noble in 1915 and later developed into a multi-level mine and worked for tungsten to at least 1956. The few thousand feet of workings are developed along an impressive scheelite vein (the dyke) that stretches across the mountainside for
Back in 2014, we returned to Nevada to do some mine exploring. We found a couple of new sites and made some discoveries at some old favorites. This was a new discovery near the Endowment Mine.  I haven’t come across any of the history on this place but it
In 2006, we took a side trip to check out the remains of a hidden 10 stamp and cyanide mill. The mine and mill were worked around 1915. There isn’t that much left of the mill even though it is in a remote location.