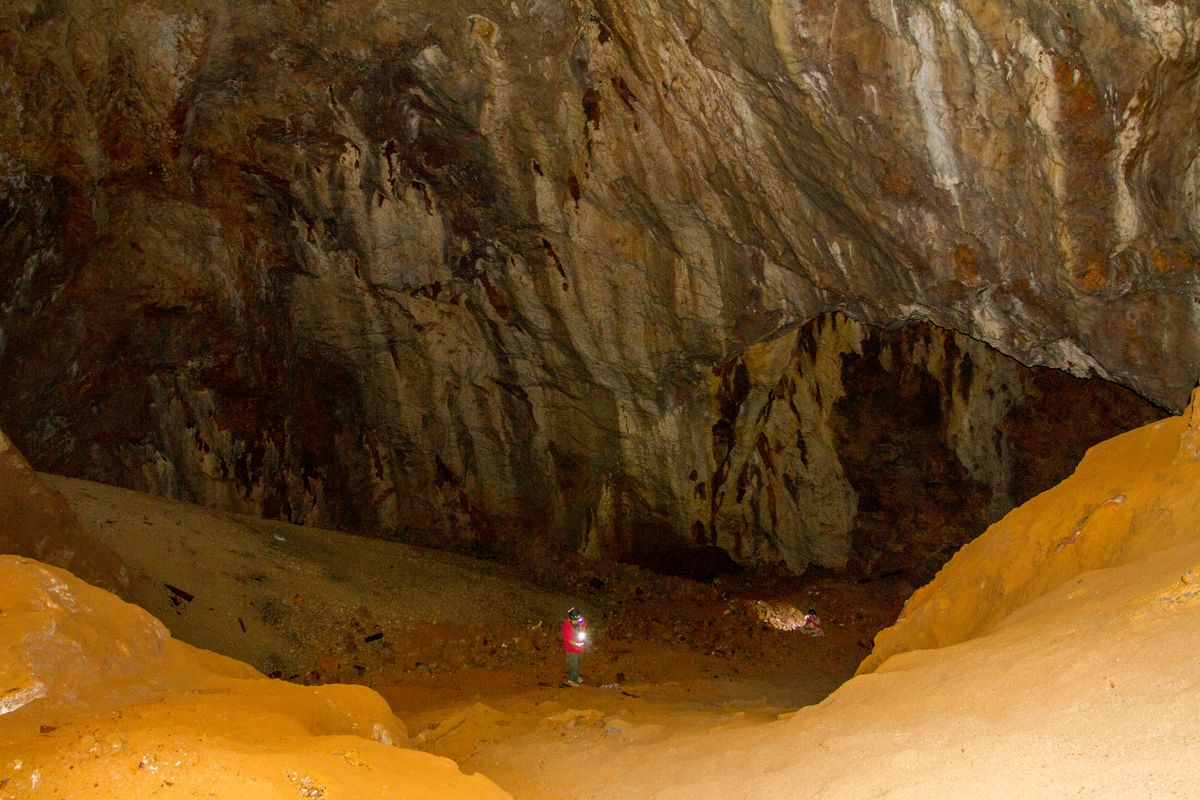 We’ve known about this cave for some time, but it wasn’t until 2015 that we were finally able to put together a trip to see if we could find it. And after a few hours of climbing ladders and walking miles into the center of a mountain, we reached it.

At over 100 ft tall and 80 ft x 80 ft wide, its scale is hard to grasp. It is stunningly impressive. The cave was originally discovered by miners who broke into this cave while working their mine. Apparently, not caring for caves too much, they found the cave a convenient place to dump waste rock, covering much of the original floor up. Who knows what lies buried beneath?

Roy Ames located some fluorspar claims in the hills above this little camp in 1941 but it doesn’t appear that he produced much if any fluorite. I suspect some of the buildings were already here by that time, but he probably improved them. Roy passed away in 1966 and
I’ve known about this mine for a long time but had avoided it because it was so close to town. I figured everything had already been carted off and the mine reclaimed. Over the course of the last year or so, I had multiple sources bring it up. It
Sprucemont (really called Spruce Mountain) was actually a few mining camps spread across Spruce Mountain. First mined for lead-silver ore in 1869, it was a long-lived and successful mining area. The mines here produced ore all the way into WWII; almost a hundred years worth. The mines are now caved