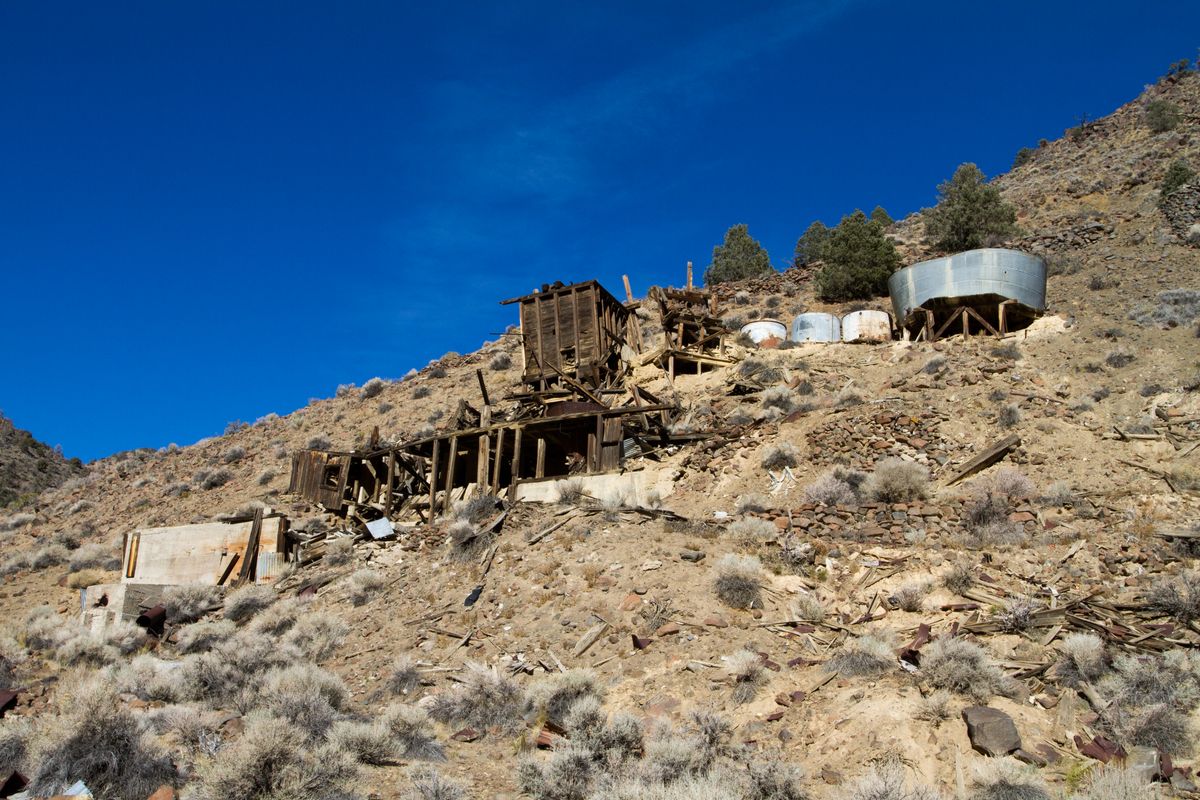 The mine was first worked for gold and silver by Chas Noble in 1915 and later developed into a multi-level mine and worked for tungsten to at least 1956. The few thousand feet of workings are developed along an impressive scheelite vein (the dyke) that stretches across the mountainside for four miles.

We first visited the Silver Dyke mine in 2001. Since then, I have returned a few times, but I should go back to get better pictures and do some more exploring. The old photos are all from scans. We recently returned to the mine in late 2014 to re-photograph the mine and hike up to the upper camp.