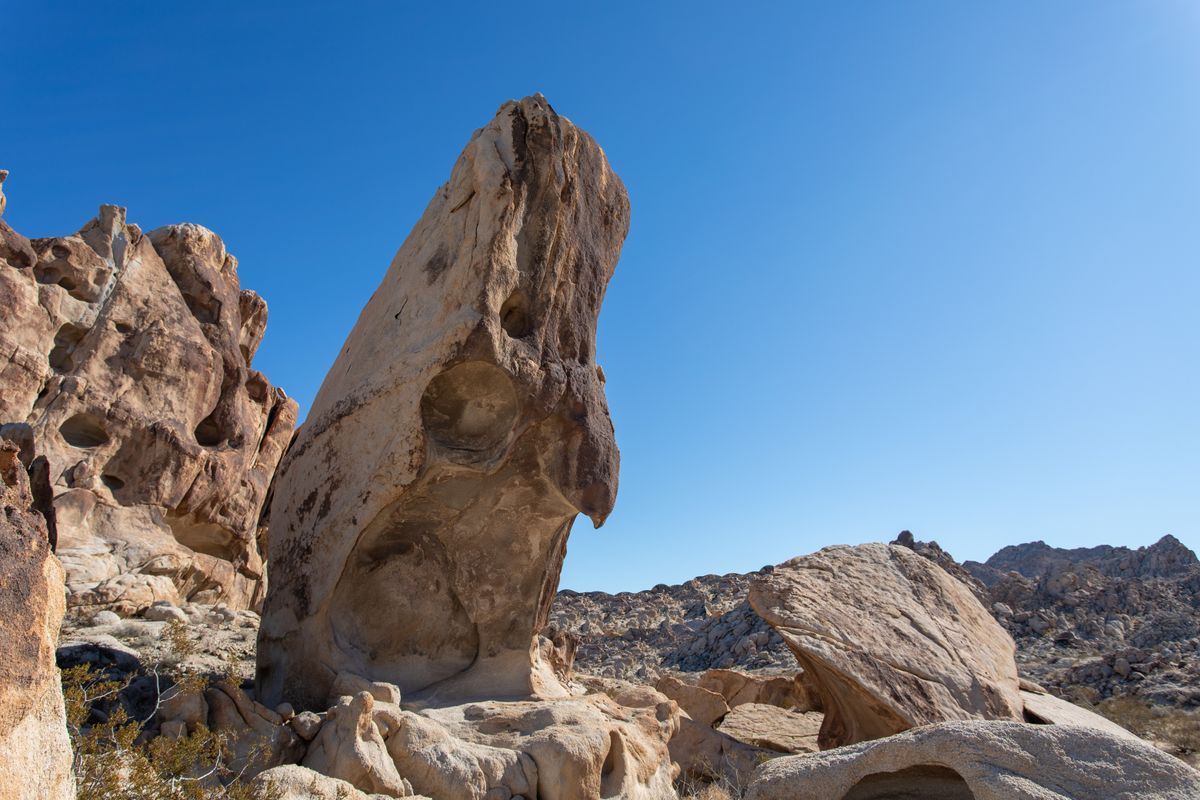 With a tip from a friend, I went out searching for a remote set of petroglyphs in the backcountry wilderness of Joshua Tree National Park in early 2020. I had a few clues in my search. I was looking for petroglyphs that were near an old campsite and hidden on the backside of a large boulder. That’s not a lot to go on in the vast wilderness of Joshua Tree but I had a couple of other hints as well.

After a decent hike over hill and dale, I arrived at a nameless rocky canyon and began a more careful search. I bushwhacked through a few canyons before I found the old campsite. It was only a fire ring with some firewood stacked next to it. There was a surprise waiting though.

Hidden in an alcove next to the camp, I found two glass jugs, a couple of old tin cans, and a grill. Campers must have left them behind many years ago. I left them in place for the next explorer to discover as you should too.

Not far from the campsite are the petroglyphs. Unusual in design in that they are two lines of dots that cross each other. The dots form a sword or an inverted cross. Either way, their meaning is lost to time. Some suggest that the cross pattern points the way to a nearby natual water cache that is hidden in the rocks. That is possible.

In a high alcove just above the petroglyphs are a panel of faint pictographs. They were too high for me to get to. I got the best photos I could from a distance. I’m not sure if the Serrano, who possibly created them, climbed up the rock face or built some sort of ladder.

Overall, it was a wonderful day hike in the backcountry.