Most people who visit the Cholla Cactus Garden in Joshua Tree don't know that there is an old mine with an interesting bit of history just a few miles away gazing down on them.

There are a few small prospects scattered along this side of the Hexie Mountains but two gold veins were discovered here that probably led to the Golden Bee; the Dickey Boy (or Dicky) and the Mabel. But who discovered them and when is lost to time.

By 1934, Eloge "Frenchy" Auclair and Daniel Leahy began developing the mine that would become the Golden Bee. Within the next few years, they followed the veins into the mountain with an 180 foot incline shaft, adits, crosscuts, drifts, and stopes across three different levels.

A small camp of five buildings and a headframe sprang up around the mine portal. Mine equipment consisted of a twelve horsepower gas-driven hoist, an Ingersoll-Rand compressor, and a few air drills. The mine never had its own mill. Instead, ore was hauled over to the Wall Street Mill for processing. By 1941 and the start of WWII, the mine fell idle. Total production was about $40,000. The building at the end of the mine dump was a garage / workshop. It had the best view.

At some point while mining, honey bees built a hive in a water tank at the mine. They became so bothersome and aggressive that they almost forced Leahy and Auclair off the mine. The problem was so great that the miners decided to poison the water with cyanide! That certainly did the trick and killed off all of the bees. I’m assuming they drained off the water and cleaned the tank before they re-used it. After that, the mine became known as the Golden Bee.

The rest of this post is for subscribers only

Guy has hiked the deserts and mountains of the southwestern U.S. for more than twenty-five years. In that time, he has found hidden and remote locations that don't see many visitors.

Get the latest posts delivered right to your inbox. 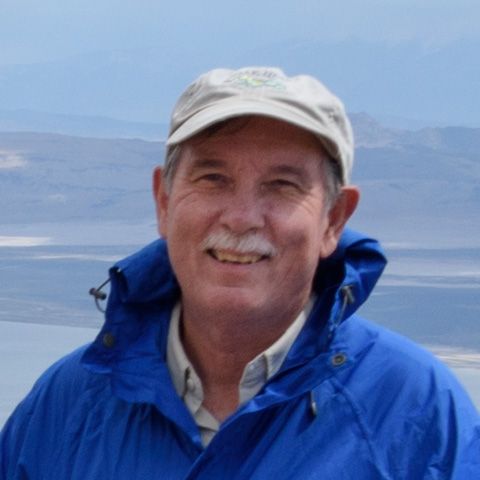