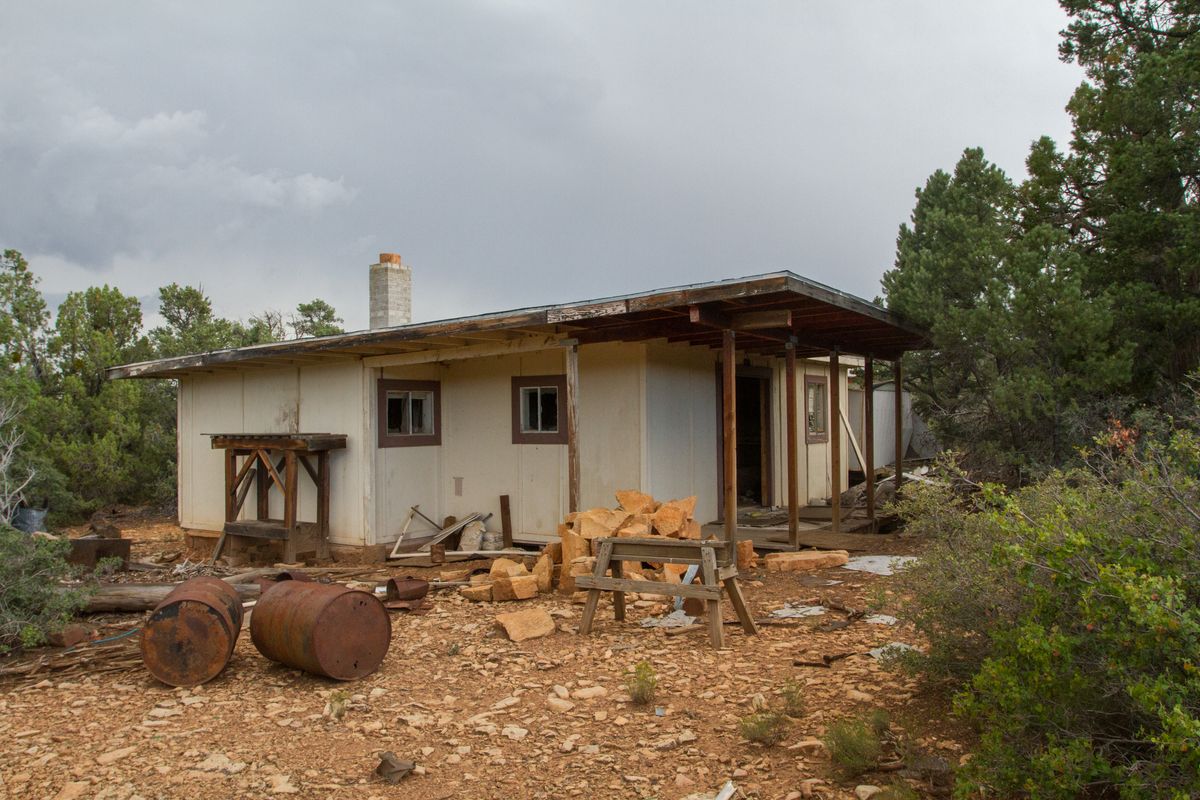 I met up with legendary explorer Roger Mitchell to explore the Grand Wash Cliffs of Arizona. It was a surprise to both of us when we found an abandoned group of cabins tucked back in the woods. The cabins appear to have been built and then abandoned in the 1970s or 80s and made us think it was some kind of “escape civilization colony”.

Locals know this place as “Hippie Camp”. One local story says that a group of people bought some land up on top of the Grand Wash Cliffs to “get away from it all”, but they built on the wrong parcel. When the actual owner of the land discovered all their cabins on his land, he went to the local law enforcement.

The Sheriff went up there and told them to vacate immediately. In their rush to get out of there, they only took their food and clothes. Everything else was left behind.

Vandals have made a mess of things since these homesteaders left. The buildings that remain are beaten up with scattered pieces of destroyed furniture and other household items.