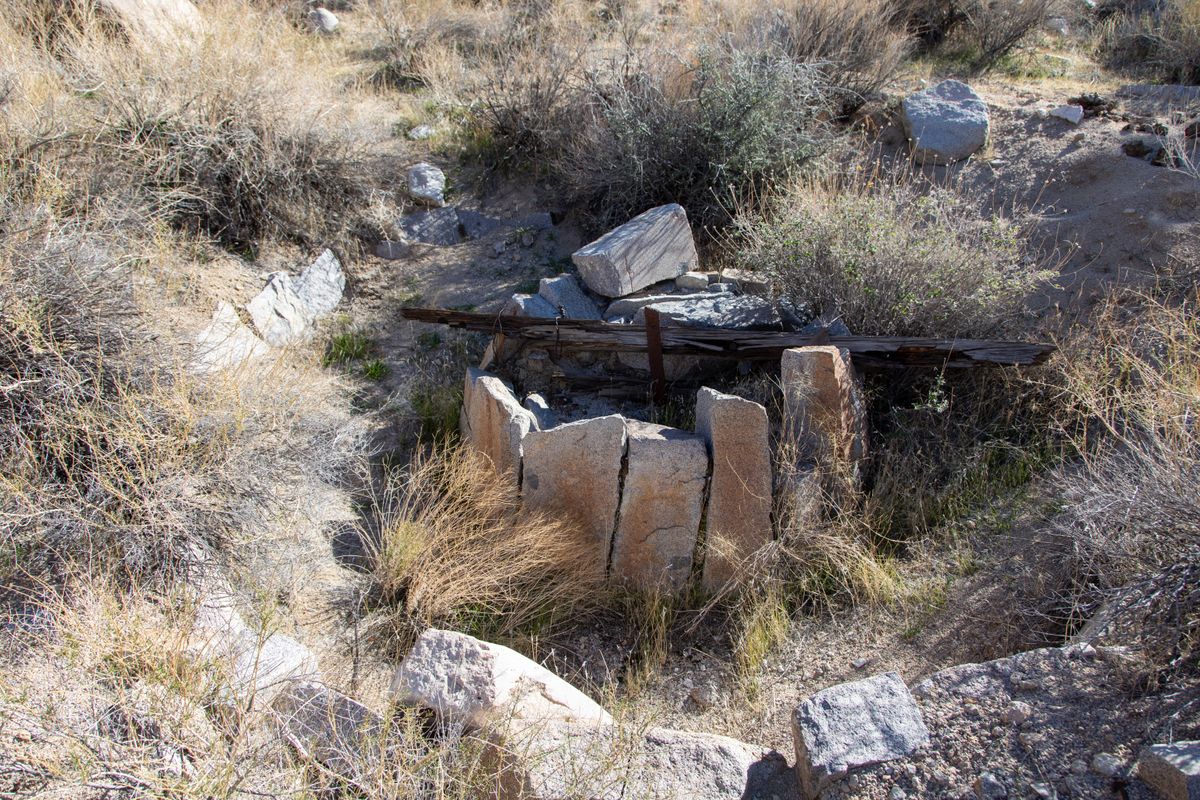 About a week or so ago, I decided to head out to try and track down an arrastra I read about a long time ago. It was mentioned in a report to be one of only two known “wagon wheel” style arrastras in a national park (The other one is the Pinto Wye Arrastra out in Joshua Tree). This one is in the southern end of Lake Mead National Recreation Area in Arizona. There was an added benefit for this trip in that there were going to be petroglyphs along the way. Historic mining and rock art? Sign me up.

Getting out there is pretty easy. The roads are not all that difficult but 4WD is advised. The first stop at the main petroglyph site is right along the road. The second set of petroglyphs and the arrastra are reached by a short cross-country hike.

This primitive mill site is interesting even though much of it is gone: the drag stones have been pulled out, the support beam is in poor condition, and the wagon wheel itself is long gone. But the basin itself is in good condition. And the prospectors built a nice trough for excess water to exit the arrastra and a stone bridge over the trough for a burro to have a nice flat surface to walk over. Prospectors are always looking after their burros.

Besides the arrastra, the prospectors also built up a flat area for their camp with a rock-stacked wall to protect it from flash floods. There are the remains of slag and brick dust from a small assay furnace. They also carved close to a dozen historic inscriptions on the boulders around the camp and, from the dates on those rocks, the camp was worked in the 1910s.

But other than those things, and a few sundry tin cans, there isn’t much left at the site. Still, it is an interesting and seldomly visited place. Also, I didn’t see any mines or prospects in the immediate area which makes you wonder where they were mining. I suspect that they built the arrastra here because there was water at depth in the wash and they brought in ore by mule from prospects scattered across the surrounding mountains.

Please respect and protect everything you find out here.