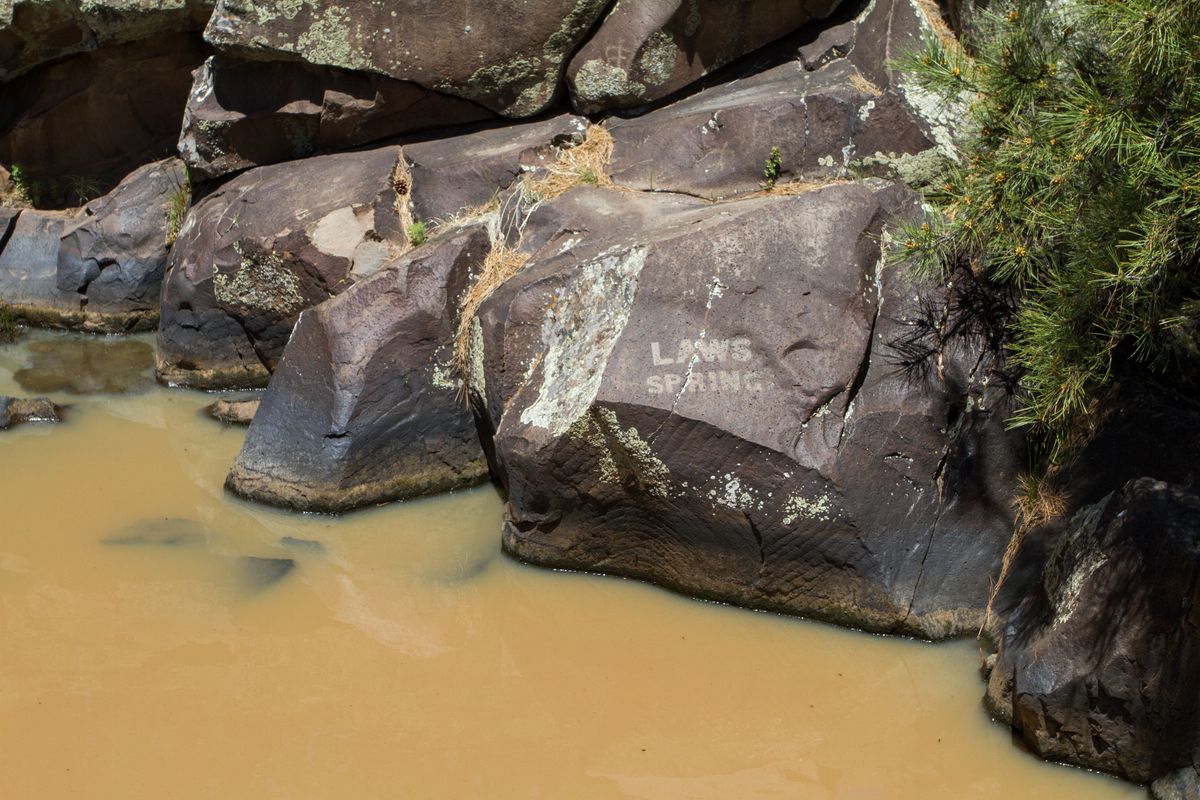 Over the summer a few years ago, we were exploring the Ponderosa pine forests of northern Arizona. One of the spots we visited was Law’s Spring. It was an old campsite along the historic Beale Wagon Road.

The Beale Road was born from a need to travel over the newly won territory from Mexico after the Mexican American War (1848) and the Treaty of Guadalupe Hidalgo. In 1857, President Buchanan and the US Congress commissioned Navy Lt. Edward Beale to find a route from Ft. Smith, Arkansas to the Colorado River (in what would become Arizona). Beale brought in twenty-five camels, from the Camel Corps (imported from Tunis in Africa) to trek across the desert. The animals were well-suited to the dry climate, but rocks injured their feet and muleskinners (mule wranglers) generally found them smelly, ugly, and ill-tempered.

The route was heavily used for many years until the coming of the transcontinental railroad in 1883. On the California side, the route would later be called the Government Road (and now called the Mojave Road). These days, parts of old US Route 66, Interstate 40, and the Santa Fe Railroad (BNSF) follow along traces of the old wagon road that Beale pioneered.

Of course, long before Law’s Spring was a watering hole for pioneers coming west, the tank was known to the Native Americans of the area. Petroglyphs adorn a few walls around the spring.

There are conflicting stories about who carved the words "Laws Spring" into the basalt rocks above the spring. Some believe they were carved by Peachy Gilmer Breckenridge, a tombstone carver who was thought to be traveling with the expedition in 1868. P. Gilmer Breckenridge also left an inscription at El Morro in New Mexico in 1858-59 when he was with the Pacific Railroad Exploring Expedition. One big problem with theory is that Breckenridge was killed in the Civil War at Kennon’s Landing on the James River on May 24, 1864. He could not have been on Beale’s Expedition in 1868. Whoever really did the carving did an
excellent job.