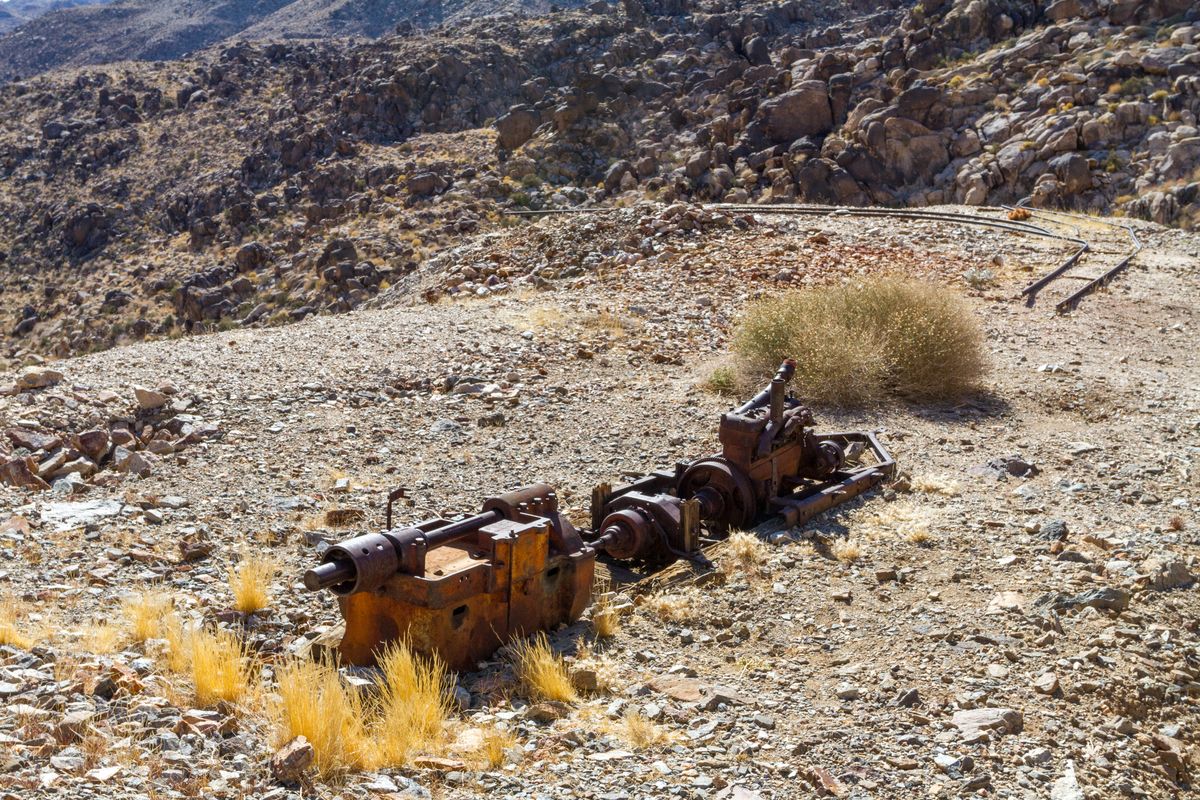 Information on these mines is sparse. The Contact claims were located at least by 1921 by Phil Sullivan who was an early pioneer of Twentynine Palms. He filed a homestead there in 1897. (Also see the Silver Bell Mine.)